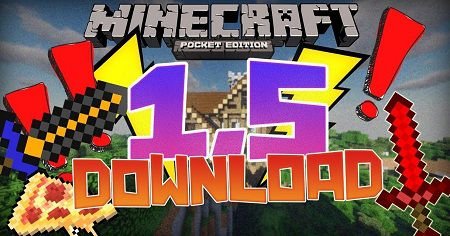 Some words about MCPE 1.5 Update

You probably have a question?

Everything is quite simple. Mojang team released Minecraft Bedrock 1.4, which is the first part of MCPE 1.4.0 Update

Now the second stage of Minecraft 1.5 Aquatic Update has been tested. Developers for some reason decided to divide MCPE "Aquatic Update" into 2 parts.

The first part of this update has already been released, now we are waiting for the next part of Minecraft Aquatic Update with new cool content. By the way, in the 1st beta of the second stage of beta testing MCPE 1.5 added turtles and this 1st beta of the game you can get from our site for free. 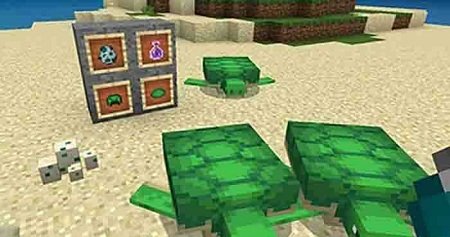 This page will show all the latest versions of Minecraft 1.5, so add this page to your bookmarks and download the actual beta of the game immediately after its release.

In the 1st beta version of Minecraft PE 1.5.0.4 we met turtles in the game. Also, in addition to turtles, other cool features have been added to the game, which you will read further!

Changes in MCPE 1.5. for Android

Related News:
JOJO's Bizarre Adventure Add-on 1.17+
JOJO Bizarre Adventure is a manga that began in 1987 and ended in
Rubix Cube Map
Have you ever tried to collect a Rubik's Cube in real life? If so,
Jurassic Addon
Jurassic Addon - this is a fairly large and voluminous addition that,
Cave Enhancements Add-on 1.16+
We present to your attention a large and fairly voluminous Cave
Comments (0)
Commenting