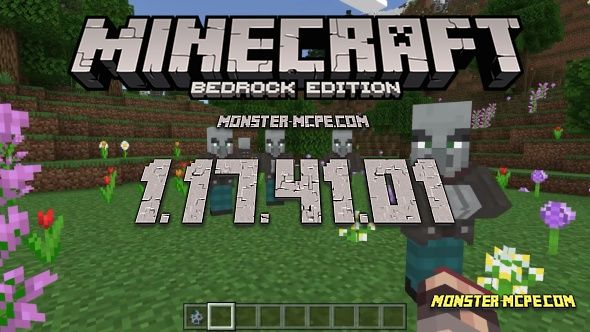 The developers have released a full version of Minecraft 1.17.41.01 on Android. The update fixed 2 important bugs. They greatly affected the performance of the game.

Another unexpected update from the creators of the game. Errors significantly hampered the gameplay. An hour before there was a test version - Minecraft PE 1.18.0.24.

Fixed only 2 bugs:
Fixed crashes during split-screen play on PlayStation
Fixed a bug with increasing the size of worlds and high memory load