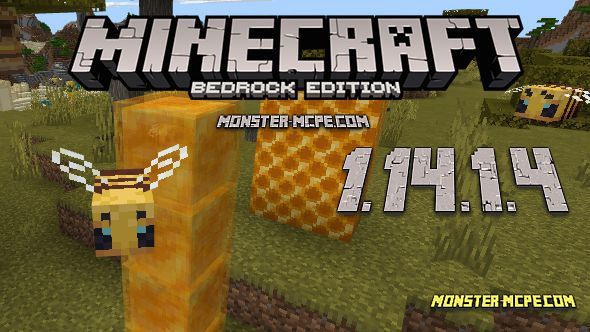 We present to your attention the full version of Minecraft Bedrock Edition 1.14.1.4. This update is already available for Android devices. This update is unexpected, thus the developers of the Mojang studio do not cease to amaze us with the speed of update releases.

Almost immediately after the release of the test version 1.14.2.50 (namely, an hour after it was published), the developers of the Mojang studio published and presented to everyone a new and full version of Minecraft BE 1.14.1.4. As we mentioned in the previous article, this is most likely a new release format for new versions, both beta and the releases themselves. We are surprised at the speed of the release of new versions. Players need to choose for themselves the version of Minecraft that they wish. Below we will review with you a list of some fixes. Please note that in general about 26 different bugs and errors have been fixed. 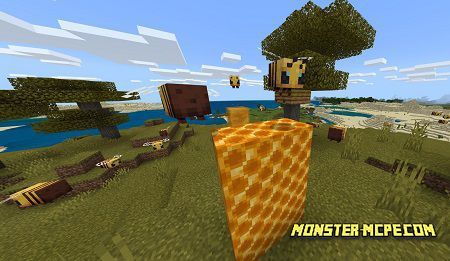 You may notice that many of these errors and bugs were previously found by players and fixed by developers. But why are they listed again? This is because they were not completely fixed. Here is a list of the most significant fixes for Minecraft 1.14.1.4:

— Optimized the game;
— Fixed crashes;
— During authorization in Xbox Live, the Minecraft client will no longer crash;
— Improved game performance when many players are in the same location;
— Faster loading skins;
— Fixed screen swaying while running;
— Bees will attack you if you hit their baby bees;
— Monsters will no longer spawn on foliage and glass;
— Fixed bugs in Character Creator.