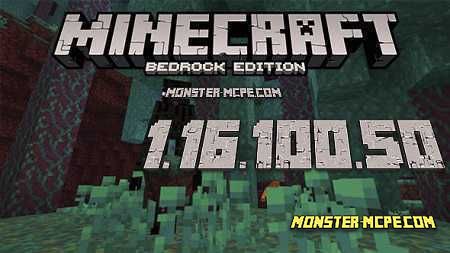 Greetings to all fans of the amazing and exciting world of Minecraft. Today we will present you with a new version which the developers of Mojang studio released on Thursday, July 30th. The new version is called Minecraft PE 1.16.100.50. The new update is a test one and is already available to all users of Android devices. In the new update, you will see updated mob behavior, updated sounds, bug fixes, improved achievements, and more. Let's take a closer look at all the new changes in the Minecraft world.

More attentive players might already notice how often the developers of the Mojang studio add technical aspects of the game. For those who did not pay attention to this, Mojang pays more attention to the technical part of the game for each subsequent release, this is done in order for the game to become more productive and function more correctly and without any bugs.

From now on, with the release of Minecraft PE version 1.16.100.50, players will be able to launch the game faster, as well as easier to use personal unique custom skins that they made themselves. For those who do not know, there was such a problem before, when players tried to demonstrate their skins to other players on the server, the game often crashed. 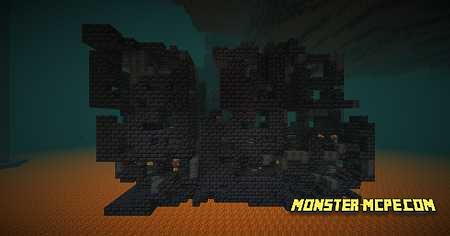 This gaming aspect is the most important, as in this update, as each new update fixes annoying bugs that interfere with pleasant gameplay. In total, about 18 different bugs were fixed in the game. After the release of the complete Nether update, many players began to complain to the developers about various bugs that arose during the game both in the Nether world and in the Overworld.

The most serious bugs were netherite and Piglins. A rare material Netherite was used for armor and weapons. With the release of the full version, this material was the best material in the world of Minecraft, the properties of which were even better than those of Diamond. Items that were created using this new material did not burn in fire and lava.

But with the release of new updates, such a bug arose as items that were previously made of netherite burned in lava and fire, and also sink in an ocean of lava and so on. As for the Piglins, these creatures often didn't attack when they saw the player. The errors that arose in the behavior greatly changed these creatures. 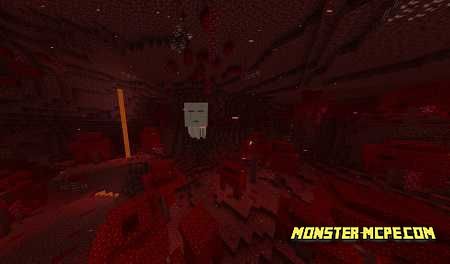 We draw your attention to the fact that Piglins now spawn in the Nether world in different biomes, even on the peaceful difficulty of the game. Most likely the Piglins will simply not attack you, even when you are without gold armor. (The gold ingot allows you to distract the attention of the Piglins, and the gold armor allows you to trade with the Piglins and these creatures will be neutral towards you, but as soon as the player removes the armor, they will immediately attack). Also, fixed a bug with incorrect trade with Piglins when players have gold armor.

In addition to this sound, the sound of placing roots in the Nether world has also been added to the game. Roots are non-solid plant blocks that have two variants: crimson roots and warped roots.

Many players often complained to the developers of the Mojang studio that in the Minecraft Store, very creepy and scary sounds were often played that could previously only be heard by players in places such as caves or dungeons. This bug has been fixed by the developers.

Another bug that confused players was the health bar of a boss like Wither. Very often the health bar dropped to zero and the boss could have full health. This has been fixed in Minecraft Pocket Edition 1.16.100.50.

In general, there are a lot of such fixes in this version. By the way, this version has updated the achievements menu and fixed other graphical errors.

We are waiting for new achievements in the Minecraft world, namely a new achievement screen. As far as we understand the information from Mojang, this menu will be added to the game gradually.

How exactly this will happen at the moment is unknown. We will wait for news from the Mojang developers because in the game we never saw a new achievement screen!

Other bug fixes and improvements:

1. Correct display of the name of the Boss and the boss bar;
2. Fixed a bug related to the Shulker Box, upon opening which the game would crash and disconnect the player;
3. Fixed display of wall connections;
4. Fixed animation of bamboo;
5. From now on it is impossible to push the End Crystal;
6. Changed the work of Minecarts;
7. Other technical changes.
Facebook
Twitter
Pinterest