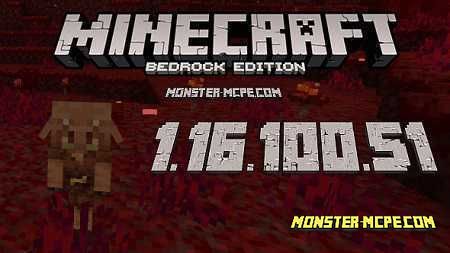 We are pleased to inform you that today the Mojang developers have presented a new full version of Minecraft PE 1.16.100.51 for Android users with a working Xbox Live. In the new update, we will tell you about the tame mob that lives in the Nether world, bug fixes, improvements to the technical part of the game, and much more!

The developers of the Mojang studio never cease to amaze us, with each new day they are working hard to improve the game. The game has become much more stable. That is, users no longer have to think about possible crashes. As you may have seen, it's only been a day since the last update when they released the new Minecraft PE 1.16.100.51 Nether Update. Here the player will have the opportunity to tame the mob in the Nether world, as well as other equally interesting changes. If we talk about the crashes of the game, then some players were more fortunate, and they could just re-enter the world, while other players crashed the game while trying to connect and were not able to enter the world. This was a big problem for almost all players until the release of Minecraft 1.16.100.51. 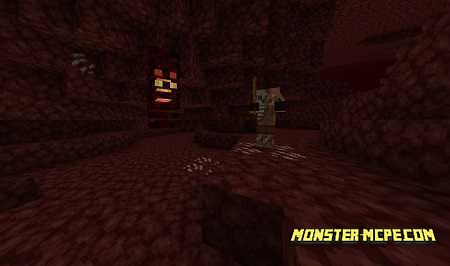 We also want to note that with the release of the new MCPE 1.16.100.51 update, the developers drew the players' attention to the fact that the game's performance has been improved once again.

In other words, this means that this update will definitely appeal to many players who could not normally enjoy the world of Minecraft for survival.

As always, let's start with the fun part first, which is the mobs. It is worth noting that in Minecraft 1.16.100.51 there is such a creature as the Strider, which players can tame. To do this, you need to give him a warped mushroom, after which players can place their saddle on it. To control the strider, you must use a fishing rod with a warped mushroom. For those who do not yet know, we want to note that this is the only creature that players can tame in the Nether world. These mobs are unique in that they have a unique ability to resist fire, in other words, they are not afraid of fire and lava. This feature can be very useful for players during survival. 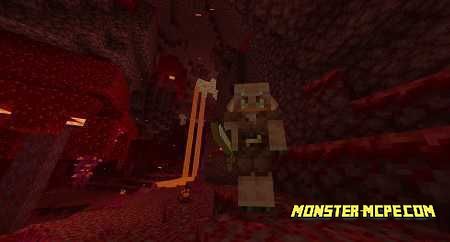 A new feature allows these creatures to move and overcome oceans of lava, which is often necessary for the player during survival in the Nether world. An interesting fact is that their head is red in the lava, and turns purple outside the lava. But their only drawback is that Striders take damage from rain and water.

In addition to unique mobs in the Nether world, there are also changes in Minecraft 1.16.100.51 regarding other creatures. For example, dolphins now dry out when they are on land for only two minutes (120 seconds), this time is the same as in the Java Edition of the Minecraft game. This similarity is one of the added features of Minecraft PE 1.16.100.51 as some aspects of the game have been changed to match the Java version. And finally, in this update, Mojang developers have added a pumpkin drop with a face when trying to cut a snowman. Turtles now make sounds while laying eggs.

New changes in the gameplay in Minecraft PE 1.16.100.51 also affected hostile creatures. For example, now hostile creatures can spawn during a thunderstorm in the daytime. Previously, they could only spawn at night.

We also draw your attention to such a block as Basalt. Basalt is a block that was added in the Nether update and cannot be destroyed by a Ghast shot from now on. Thus, players can now use this block to build their own shelter.

At the same time, it should be noted that from now on, the player will have to spend more time in order to break the basalt. 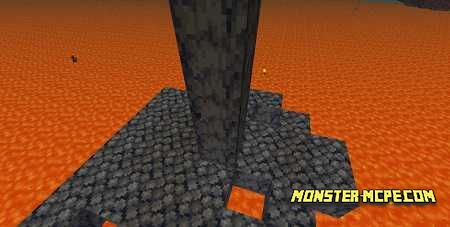 One of the important fixes concerns such a world as The End. The boss that lives in this world, namely the Ender Dragon, could be revived using crystals and eggs. But at the same time, the Ender Dragon egg disappeared, which was a problem in some cases, in Minecraft 1.16.100.51 this bug was fixed.

Mechanism blocks such as the Pistons can no longer extend beyond the top and bottom of the world. Previously, some players used this bug for their own purposes.

We also want to note the changes in the achievements menu. After several previous updates, which changed and improved achievements, Mojang received a lot of complaints that it turns out that only a small part of the players see them. Don't worry, the developers claim that this bug will be fixed in the near future and all players will be able to see new achievements. In Minecraft PE 1.16.100.51, Mojang made some changes, namely a new, updated design and bug fixes.

Players can now see the percentage of completed achievements. Also, added sections, namely All, Unfinished, and Done. It has become even easier to use.