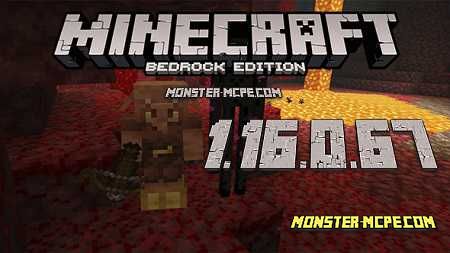 Today a new version of Minecraft 1.16.0.67 for Android has been released. New bug fixes, several new features, and minor gameplay improvements. In general, this is a small update, but like everyone else is quite important. To date, four pre-releases for the Java version of the Minecraft game have already been released, which means that the release of Minecraft 1.16 will be released very soon!

A few words about Xbox Live.

The new beta version of Minecraft Bedrock Edition 1.16.0.67, namely Nether Update, fixes new bugs for players and improves game performance. This can be seen due to the FPS in the game. The game began to give more FPS to Minecraft users. This is because Mojang Studios is testing a new landscape rendering engine. 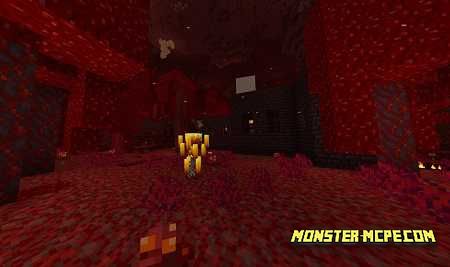 This is one of the main reasons why we still get the beta version of the game, this is done so that with each new beta version the game becomes better and better, and we all feel more comfortable during the game.

In addition to bugs regarding Xbox Live, there were other problems related to logging in to a personal Microsoft account. The developers from Mojang released a new version of Minecraft PE 1.16.0.67 this week, which basically contains only bug fixes. As the game began to interest more and more players, there are more and more visitors to the Minecraft store. This is both good and bad since, on the other hand, not all servers can withstand a large number of users, which causes a server crash. 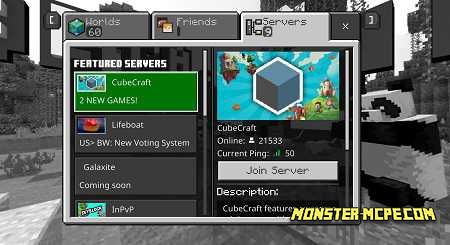 A large number of complaints were related to the fact that when connecting to the server, the game could crash. Other players complained that while playing offline the game did not work correctly.

Thanks to the hard work of the Swedish developers, these problems were resolved in Minecraft PE 1.16.0.67.

Bug fixes with an invitation to the game in multiplayer.

Many players have encountered such a problem as non-working online invitations. If you didn’t have such an error, you are lucky, as some players, when trying to invite a friend to the game or join his party, have popped up errors informing them of the wrong session protocol. This problem has been fixed in Minecraft 1.16.0.67.

Important: Users on the Nintendo Switch can now use their Microsoft account again.

The last thing we turn our attention to is the Hoglins and Piglins, as well as chests in the Nether world. Since Minecraft PE 1.16.0.67 is part of the Nether update, improving some features of the hoglins, piglins and their bastions can only please the players. The developers have improved the artificial intelligence of these mobs. A new feature of the Piglins was dance. Now the Piglins are dancing after a successful hunt for the Hoglins.

Fixed a bug related to the generation of empty chests in abandoned bastions and other places of the Nether World in Minecraft PE 1.16.0.67. 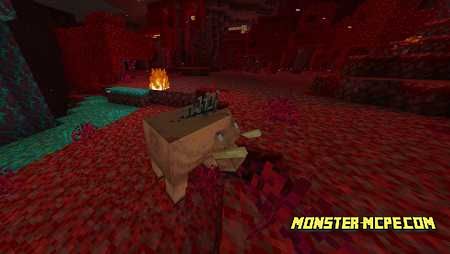