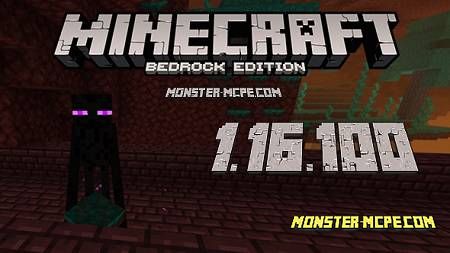 Dear fans of the Minecraft world, yesterday Mojang provided us with a new big update such as Minecraft PE 1.16.100, which can please you with a large number of different useful fixes and changes. This version is already available for all Android users. Also, we want to note that this update with a working XBox Live. Minecraft Pocket Edition 1.16.100 update is not just a beta version, but a full version of Nether update! In this update, you will find over a hundred different changes, Experimental settings, a new Screen of achievements, and much more! Let's take a look at what's new in the new full update.

The first thing we would like to draw your attention to is the updated screen of achievements. Previously, you may have already seen information about what will be changed in the achievements screen, but not many players could see this screen. Fortunately, in this update, this screen is available to all players. In addition, the game has ten new items for the Skin Editor. You can get them through achievements.

The next is the Console Commands. Please note that in the previous beta versions of the Minecraft game, these three commands were already added. The release of Minecraft 1.16.100 for Android brought together all the teams in one version. Below you can see all the available commands. 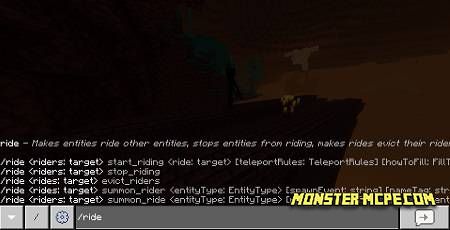 Also, some changes in the commands:

1. The command:/spawnpoint does not affect sleeping players;
2. The correctness of the command:/execute has been fixed. Another important aspect of Minecraft is Vanilla Parity. In total, the developers at Mojang have made 48 changes. Some of them were already previously available in beta versions of the game. We have identified several that are significant in our opinion:

And the last one is bug fixes.

In general, the developers of the Mojang studio have fixed as many as 128 different bugs and crashes. You can see some of these bug fixes below:


Please note that you can see the rest of the bug fixes on the official source.