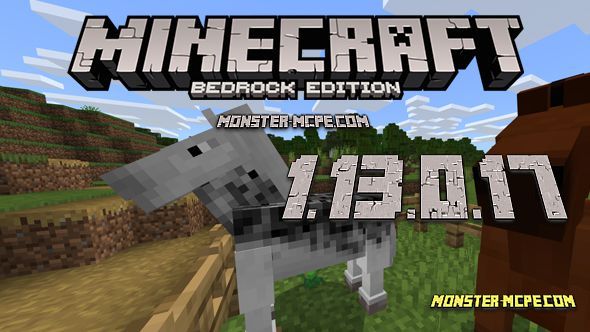 As everyone already knows new versions always come out with some minor flaws, namely bugs and errors, so this time in the recently released version of Minecraft Bedrock 1.13.0.15 a lot of different bugs and errors were found in the game. A week later, the developers fixed everything that prevented a comfortable game and published a new Minecraft Bedrock 1.13.0.17 update. In this update, all the various problems have been fixed. 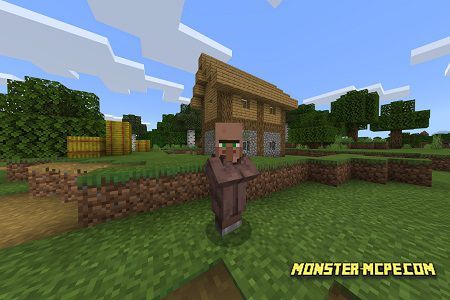 Let's look below with you everything that has been fixed in the new update.

The first thing we will pay attention to is Performance and Crashes from the game:

The second is the gameplay:

— A bug related to updating Redstone blocks has been fixed;
— Fixed a bug related to riding on a mob, in which the player could use certain items or place blocks.

The following and important is Mobs:

— The Ender Crystal animation bug has been fixed;
— Items located in the jaws of the foxes will again correctly display;
— Fixed a bug with a fox jump. From now on, the jump height will not be 11, but 5 blocks (during the attack), in accordance with the Java Edition;
— Fixed a bug related to the old texture and horse models.

— When playing from a 3rd person, the items will be correctly located.

Many were also worried about the command issue in the game. Let's look at the fixes:

— Correct work of command — / particle;
— When using the / help command, an error message is displayed correctly.

— When using Add-ons, after the player creates the Desiccant, the boss’s health panel will be displayed correctly again. 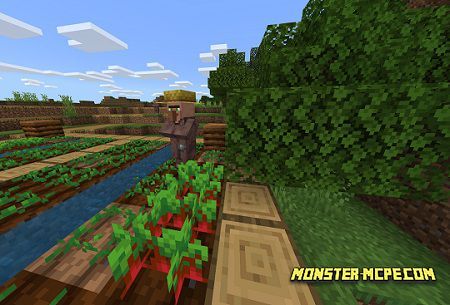 Related News:
Download Minecraft Java 1.14
Everyone is looking forward to a new update for everyone's favorite
Skin Editor Unlocker Addon 1.13.0.9+
It has long been known to every player of the Minecraft game that the
Minecraft 1.14.0 for Android
At the last Minecon-2019, developers presented a large number of
Redstone Mechanic Addon
Increase your playing skills and get a great experience in game,
Comments (0)
Commenting