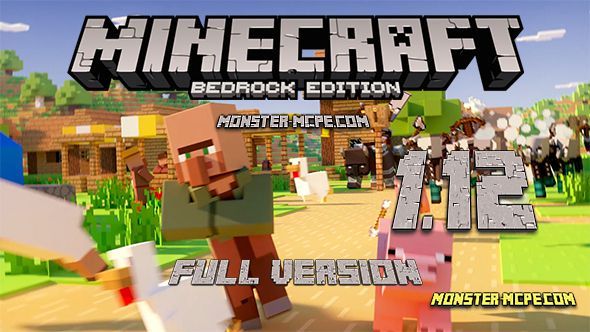 As always, we do not stand aside and try to search and add something new, relevant and most importantly interesting. This time there will be a lot of news, but belief what you read below will be very useful for you. This time a new version of Minecraft which is MCPE 1.12.0! It was released for Android devices! This article will be filled with lots of information about new additional features.

Let's move on to the fascinating one information about MCPE features.

— The rule of “spawnRadius”. Absolutely all the players have the opportunity to create a specific area for spawning. To do this, select a number from 1 to 32. What will be more than this number, the greater will be the spawning area. The player can appear anywhere in the designated area. This specific rule was created based on the Java version of the game.

— ID synchronization of the items between the objects and other servers. 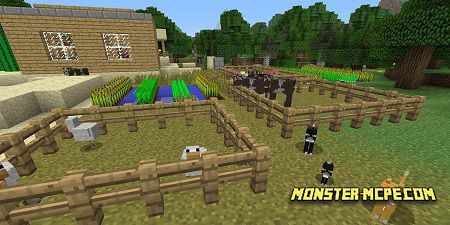 Special add-ons for the creators of the maps and Minecraft add-ons:

— Application Programming Interface (API) has been greatly modified + 2 new;
— Ability to add custom block using Scripting. (Temporarily: using JPEG scripts!);
— New scripting events, provide an opportunity to interact with certain elements;
— New command was added to the Scripting of application programming interface (API), it is Execute Command;
— Improved documentation that makes it possible to activate the “BreakingChanges” department;
— The sound of failure during the trade;
— The Evokers speed will be slightly lower if you decide to move to the village;
— Proper placement of bottles when removing them from a brewing stand;
— Fixed a problem when loading certain blocks while logging into the Realm;
— In case the player uses the basic UI, the Cartography user interface will correspond to the screen of Android;
— The error of the impact of the horse's leather armor on other armor;
— Reduced the brightness of the shield which was placed in item frame;
— Proper placement of mine carts;
— When the light level is above 7, spawners of mobs can spawn other mobs;
— The most fascinating thing in Minecraft game is animation. From now on, player can add it, as well as other particles to entities that are not even associated with them;
— The bug of stucking of the mobs on the stairs;
— After pushing the piston, the cocoa-bean will breaks and fall;
— Use the slash commands to place your blocks.
— The player can activate or cancel mob-event, in order to proceed it, just access the world templates;
— After the player will restart his world, the mob Pillager Captain will drop banner correctly;
— Spawning mobs on the double slab;
— Items that were divided into different slots will be displayed as one common slot, in the trading window of the villager; 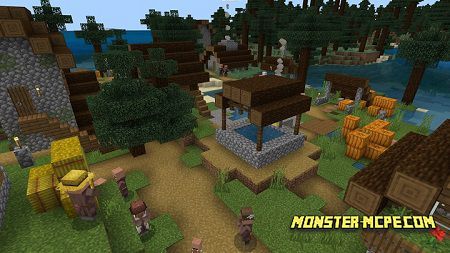 — Player can use scripts to adapt his armor or inventory;
— Special screen was added, press (CTRL+H) in order to see the problem of the Content log;
— After rebooting of your world, the Wither mob will spawn without animation;
— Using a charged crossbow, the player can interact with other blocks;

All the information above is what applies to the creators of add-ons and maps, and now let's move on to what will be important for all the players, namely, fixes!

— Fixed a very important error that was associated with the placement of blocks;
— Fixed crashes when starting the game and during the game process;
— The player can get the Bed-Omen effect, only after the death of the mob (Pillager Captain!);
— Fixed a script bug, because of which players could be displayed floating in the air;
— Saved positions of arrows released by blocks, when the player restarts his world;
— After killing off the fishing hook using the appropriate command, players will be able to cast it without pressing the right mouse button again;
— Changed the number of jobs for villagers;
— Using Efficiency Pickaxes you break PackedIce faster;
— Fixed jobs for Clerics;
— Vindicator during the raid will correctly pass on the carpets;
— From now, mobs cannot pass to the Brewing Stands.

Also, pay your attention to one more important detail, such as geometry of the part of the body of some mobs while lying down and sitting, at moment the developers are working on this problem, and they know it, also while holding two items (Shield+Trident) they become invisible, these problems will be solved in the nearest time.