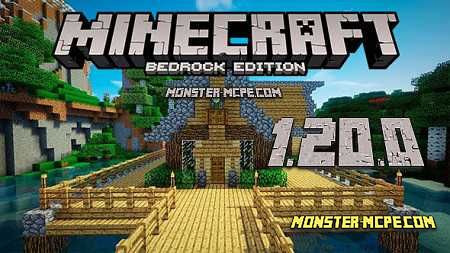 Have you already seen our articles about the upcoming updates for Minecraft PE 1.18 and Minecraft PE 1.19? If not, then we recommend that you familiarize yourself with this interesting information, there you will read and discover a lot of interesting things that will be added and changed in the Minecraft world. This information gives players the opportunity to understand what will happen in the upcoming updates. It is also useful for addon and mod creators to expand their imaginations and create exciting new content.

Today we will present you with information about a new and very important version in the life of every fan of the Minecraft world! Why? This is very important and perhaps will be the most significant update in the entire history of the existence of the Minecraft world, and also, because after this version, the developers of the Mojang studio plan to take a short break in the release of versions, this version will also be as complex and complete as possible, in other words, without any slightest bugs and crashes, the game will be ultra-functional and other aspects of the game will work without any problems! This version will be an update, Minecraft Pocket Edition 1.20.0!

Yes, this is really interesting, BUT, in addition to global bug fixes, this version will be changed by the fact that a huge amount of new content will be added, namely, a new dimension, a large number of new mobs, blocks and much more. 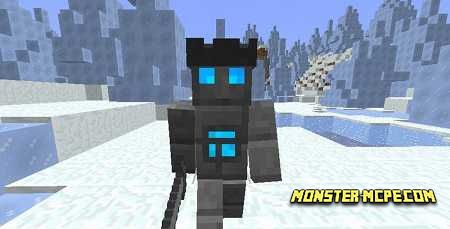 Also, this update has the absentee name Botanical Update. Because, as mentioned earlier, a large amount of flora and fauna will be added to the world of Minecraft, but the most interesting thing is that everything that players previously asked to add the developers of Mojang will be added. Of course, this does not mean that there will be anything, but the most interesting content that will have one or another connection with the upcoming update will also be added to the game.

The upcoming update, Minecraft PE 1.20.0 will be released by the Mojang developers approximately in 2022 closer to autumn. As stated earlier, this will be the last update for a while. Minecraft PE 1.20.0 is a global update of the wildlife of the Minecraft world as a large number of new animals will be added to the world.

These mobs will not be friendly, so when you see an illusionist, be prepared for battle, as they are aggressive and attack any player from long distances. 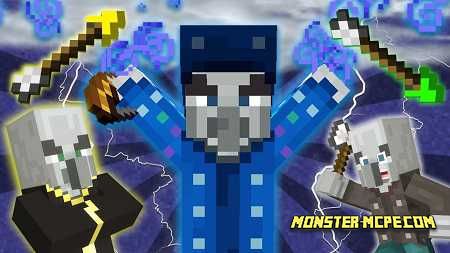 Although they are magicians, these creatures use simple bows and arrows. The main and most interesting feature of this creature is that if the player gets too close to him, he will triple, in other words, two additional copies of this creature will appear, each of which will also damage you. Players will see three illusionists, two of which will only be replicas. This unique ability makes it difficult to defeat this creature.

It has long been known that with each global update, developers are trying to add something new so that players spend more time exploring different locations, in order to diversify your time in the Minecraft world and make it as interesting and exciting as possible. The developers of the Mojang studio try to add as much unique flora and fauna to each biome as possible. In old biomes, new structures and mobs will appear, for example, huts will start to be generated in the forest, and special buildings with chests in the fields.

This was done to make the game even more interesting for Mojang Studios because there were no dungeons in the forests before.

In the Minecraft update 1.20.0 and 1.20, the caves will be changed, inside which players can find stalagmites and stalactites. This will be a small Cave update ahead of the full release of the version. New unique mobs will appear in the caves, which are ready to kill an inattentive player. Various ores will also be added to the game. 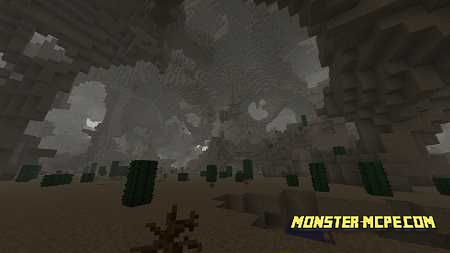 More information will be known a little later, stay tuned, the article will be updated with useful and very interesting information.

Related News:
Caps and Hats Add-on 1.16/1.15+
Would you like to add a new accessory to your character? If so, then
Minecraft PE 1.19.0 for Android
You probably already saw our article about what awaits players in the
Minecraft PE 1.18.0 for Android
We present to your attention the new version of Minecraft Pocket
Download Minecraft Java 1.14
Everyone is looking forward to a new update for everyone's favorite
Comments (0)
Commenting