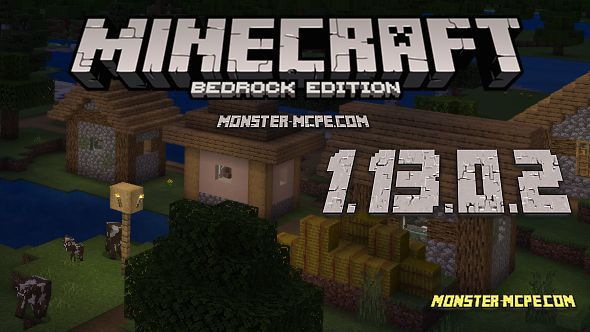 Everyone player of Minecraft likes to get the most relevant and interesting information, especially when this is the favorite game Minecraft PE, players always want to receive the latest and most relevant information about the game, namely about the latest additions, versions, and beta versions of the game! Now we are ready to provide you with the latest news about the new version of Minecraft PE 1.13.0.2, which makes a fairly large list of changes to the game. See below for more information, but before that, we should warn you, as usual, do not forget to save your world, otherwise, after entering the beta version, your progress will be lost.

We also recommend that you make a backup copy of the worlds because after this beta version the player will not be able to open them in previous versions of the game. As before, we remind that the player who plays on the beta version will not be able to play with the players of Minecraft, who play on the full versions of the game, as well as the Realms! And now let's move on to the fixes themselves!

Below is a list of fixes that are associated with the gameplay.

— Entry errors in the existing world, as well as in the lower portal.
— If the player leaves, the wither health bar will not disappear during the fight.
— A bug with leaves, when using silk touch did not stick together with other leaves.
— Broken jukebox, will no longer play music.
— The player will be teleported to a random place if he eats and at the same time tries to enter the portal.
— The wrong recipe for creating beds.
— The player will be redirected to the Realms User Interface if he wants to join the Realm using his friend's list.

— From the version of MCPE 1.13.0.2, horizontal blocks from the tree will drop the appropriate type of blocks.
— From now on, the player can create TNT using both red and custom sand.
— Fox will not drown in the water when trying to catch fish.
— Villagers can properly get to their jobs.
— Sneaking player, no longer scare away foxes.
— Fixed the speed of the foxes, from now on they have the same speed as in the Java version.
— Foxes will no longer be tempted by the food of the player who is trying to feed her, holding the food in his hand.
— In case if a player wants to breed two red foxes in a snow biome, a baby fox will also be red.
— Additional changes with fox mob.

The Script engine and UI fixes:

— Error displaying sign-in messages.
— Proper action advice when ridding on any entity.
— The player can see loaded or not, a ticking area.
— Fixed double boot indicator.

— Hand movement error in OculusRift.
— TTS related issue.
— Every time a player travels through portals, he will not see the instructions for action.
— Fixed a spacing bug for new buttons.
— The position of the items in the hand of the player.
— Fixed marketplace skins that incorrectly held some items.
— Zombie pigman’s position of the sword has been fixed.
— Also the position of some skins of the elytra.
— Loading items on the cartography table, which led to the loss of items. 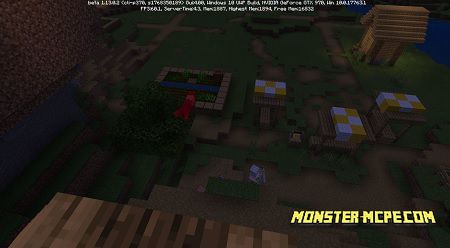 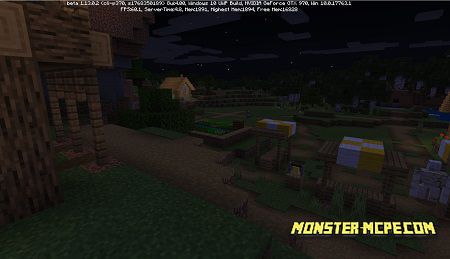 All the above are the main fixes that Minecraft 1.13.0.2 provides! We recommend that you download and check all the fixes in the game, as now the game has become more comfortable and updated. To download this version, click on the DOWNLOAD button below. Do not forget that on our website, you can find all the most relevant and interesting for the game Minecraft, maps, mods, textures and much more. Also, do not forget to leave your feedback and share this information with your friends. We wish you a good game!

Related News:
Ingen Lost Files Add-on 1.16/1.15+
Do you like dinosaurs? If so, then you will definitely like the new
Cave Enhancements Add-on 1.16+
We present to your attention a large and fairly voluminous Cave
More Tools Add-on 1.18
Has it ever happened that you have a lot of resources in your
Tools and Armor Add-on 1.17+
You can never have too much armor and tools.
Comments (0)
Commenting