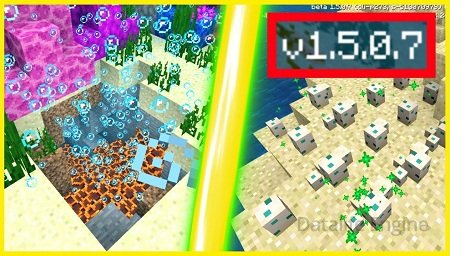 Updating and improving of Minecraft 1.4 Aquatic Update continues, and today you can download the new version of the mobile application. In this release, the developers have eliminated the bulk of errors, in addition beautiful particles of columns of bubbles appeared in the game world.

You can download Minecraft PE 1.5.0.7 from the link below and see all the fixes in the new version. Have a good game, friends!