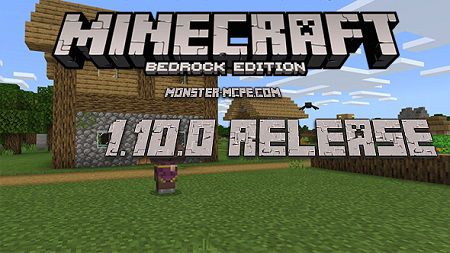 Friends, today we got a new version of Minecraft 1.10.0 for Android (Release), as well as for other gaming platforms! In this version, shields have finally appeared, which you can craft from six wooden boards and one iron ingot. Also, in addition to shields, there are a lot of new creatures which was appeared in the game, and here is more about them...

1. New shields!
2. Innovations: loom, lights, crossbows, new textures.
3. With the help of the add-on now you can create new creatures.
4. Added new experimental features to the new version of the game “Villagers and Pillagers”
5. Many other improvements.
6. More than a hundred bug fixes.

Updated residents received their own unique skins, with which you can understand their profession and biome!
From now on, the inhabitants of the village will not just walk around the settlement, but work on their workplaces. It is also worth noting that during rain and night they will hide in their homes! 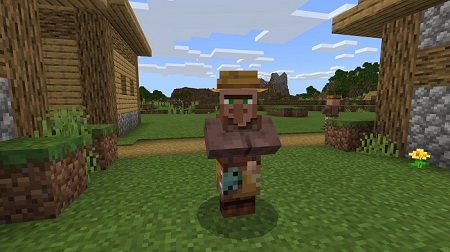 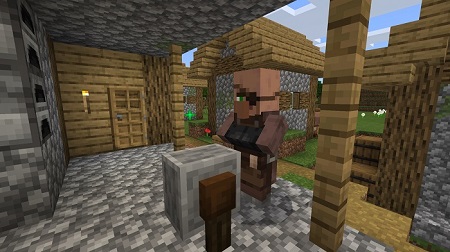 In order to get a unique banner, the player can use one of the already-made templates and dyes! 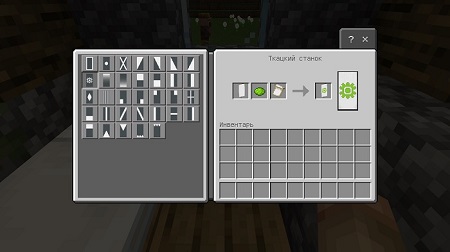 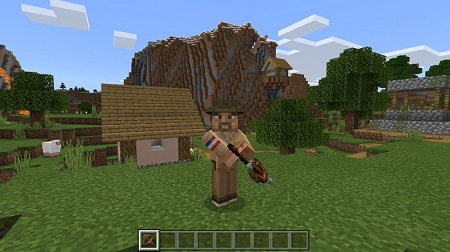 The source of light, that you can place below or above the blocks.

— Were updated textures for most items and blocks!
— You can see much more updated adds in the new version.

- Previously existing blocks were renamed into usual logs, as well as hewn logs.
- Previously referred to as bark blocks.

— Jellie cat was chosen by the whole community of the pocket edition at the universal voting.
— You can meet her in the village.

— A more simplified method for creating flags.
— This machine uses only one type of dye for drawing a pattern. You can also use unique flag patterns to craft the corresponding flags.
— You can create unique patterns for flags using paper and various objects.
— Tap on the button “Help” opens a page with instructions. 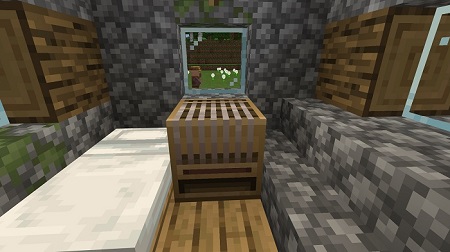 — New mobs that attack and fire on the inhabitants of the village and the players.
— In update 1.10.0, pillagers are only available in creative mode.
— Fully they appeared since version.

— Bamboo jungles.
— The new powerful mob, Illager Beast.
— Wandering merchant.
— Bonfire New source of light for settlements. You can place it in the house — does not cause ignition of other things.
— Scripting API.
— Tower of pillagers. Pillagers will spawn near the tower.
— New blocks: stone cutter, composter, smelting furnace, smokehouse, blacksmith’s table, barrel, grinding stone, archer’s table, cartographer’s table and new jobs for villagers.
— Bushes with berries and sweet berries that you can find in the taiga.
— Updated villages: new types of villagers, new behavior of the villagers, modified buildings.

— Now dead bushes can be burned in the furnace.
— From now, with falling leaves sometimes sticks falling too.
— The wet sponge placed in Nezer will instantly dry out.
— Now it is possible to knock down the flowers of Horus with arrows.
— From now on dispensers with scissors can shear sheep.
— Opportunities for the operator have been expanded.
— A variety of necessary fixes for the add-on makers.

In general, more than 120 errors were fixed in the game, from which we can point out the following:

— Cats you can cure with the help of fish.
— Fixed a number of bugs, which led to the crashes of the pocket edition.
— Fixed animation for parrot and cow.
— There were optimized particles to improve performance

Related News:
More Crossbows Add-on 1.17+
Everyone loves to shoot - it's much easier than walking up to a mob,
More Tools Add-on 1.18
Has it ever happened that you have a lot of resources in your
Cave Enhancements Add-on 1.16+
We present to your attention a large and fairly voluminous Cave
Golden Utilities: Transport Any Mob and Much More Add-on
Have you ever faced the problem of transporting mobs or maybe you
Comments (0)
Commenting