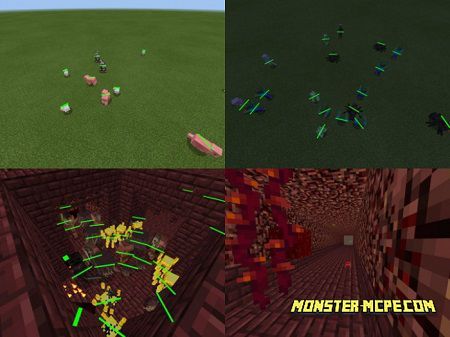 Would you like to know how many health points a creature has? If yes, then the new texture pack is exactly what you need. This is a very useful and functional texture pack that adds a special bar to your Minecraft world that shows how much health living creatures have. Almost every living thing in your world will have a special health bar displayed.

This is a useful feature for your world that can make your survival easier, or it just gives players a better idea of their abilities during battles. This health bar is displayed for all creatures closest to you, even if it is behind some kind of barrier, such as a wall.

Please note that in order for the player to see the health bar, it is necessary to be at least 24 blocks away from the creature. Also, if a mob wants to attack some other creature or is even capable of flying, you will see its health bar. 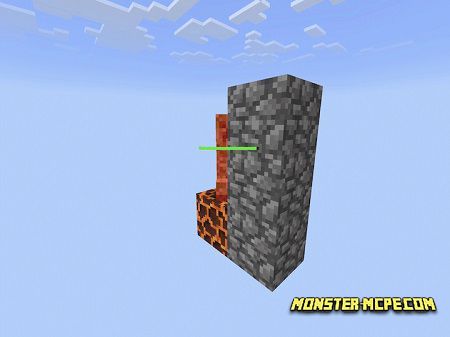 We also draw your attention to the fact that the health bar changes color from green to red, where the green bar is full health and the red one is a dangerous level of health, which means that the mob will soon die. When the health of the mob decreases, the bar changes color.

Creatures such as the Ender Dragon, Withers, and horses do not display a health bar, since for certain mobs it does not work, and for others, it is simply not needed!