How often during the gameplay do you think about your FPS? If you are wondering what your FPS is or if you just would like to see FPS while playing then a new texture pack is exactly what you need. The new texture pack adds a functional FPS indicator to your Minecraft world, which shows how many FPS you have in the game. This feature allows players to get rid of additional applications or programs. The FPS indicator does not disappear.

Please note that sometimes the FPS counter may not display your FPS correctly, this happens most often when the player has too low FPS. This bug will be fixed in the future. 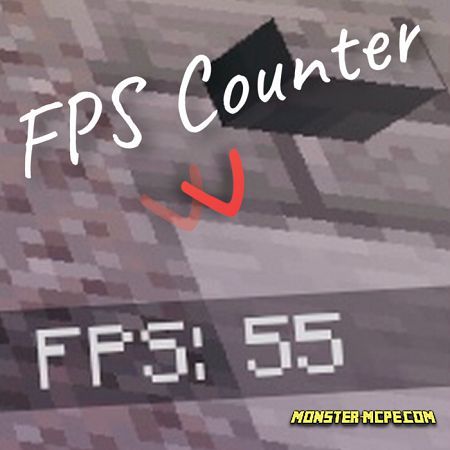 Also, FPS above 120 or below 10 will not be displayed and will not increase or decrease a certain level of indicators. You can see examples of how the color changes in the screenshots below:

The new texture pack is available to all users of such operating systems and devices as:


It is important to know that your FPS counters interact with your screen refresh rate (Hz). In other words, if you have a high-performance device if the screen of your device has enough resources to display a render of 60 frames, then the FPS counter will also show you 60 FPS.

All numbers that are displayed in the FPS counter are first shown and counted from 5 to 60, after which they will be counted by 10.