The new resource pack replaces custom sounds for creatures like Ghasts with the new OOF sound from Roblox. During the attack, the Ghasts will make OOF sounds. Also changed the texture and appearance of their fireball to a funny meme face.

Please note that in order for the resource pack to work properly, you need to arrange it over other packs. 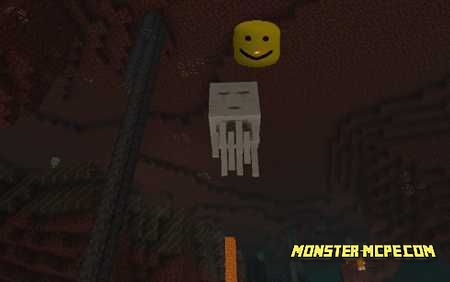 Related News:
Five Nights At Freddy’s Ultimate Custom Night Map
Have you ever played one of the famous series of the game the Five
Minecraft Custom Music 1.16/1.15+
Do you like to listen to music while playing Minecraft? If so then
Better Ghasts Texture Pack
A new texture pack that slightly improves the appearance of the
GB’s Custom Addon 1.14/1.13+
We present to your attention a very large and very exciting add-on
Comments (0)
Commenting