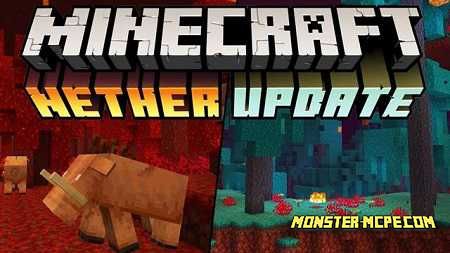 We have prepared interesting information for you about the upcoming Nether Update, the release of which the developers of the Mojang studio have scheduled for Summer!

The long-awaited and most interesting update of the beginning of this year, namely, Nether Update will be released by the developers of Mojang this summer. Minecraft is 11 years old. During this time, the Mojang developers have made great progress in developing and changing the Minecraft world. During this time, the name of the company was changed, their company logo was changed, they united with many well-known companies and teams in order to improve the game. As a result, today we have a well-functioning game with a lot of unique and interesting content.

The new head of Mojang Studios, Helen Chiang, announced the release date for the Nether Update. As already mentioned above, the release of the new long-awaited update will happen this summer!

Why will the release be this summer? Because today all the attention of developers is given to Minecraft Dungeons, which should be released on May 26, after which they will continue to work on Minecraft 1.16! This will be the first version of the Minecraft game, which will be synchronized between Java and Bedrock versions of the game. You can learn more about the upcoming update from one of our previous articles. 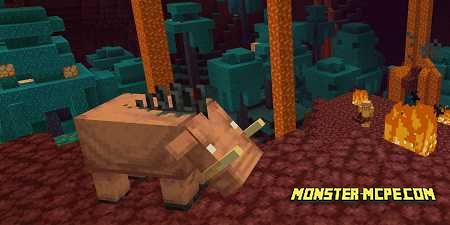 Also, in addition to the Minecraft Dungeons release and Minecraft PE 1.16 version, the developers of the Mojang studio will start creating a full-length film, as well as the online shows that Mojang previously mentioned on Minecon Live. As you can see, Summer will bring us not only warmth but also a large number of interesting and fascinating content of Minecraft World.

Related News:
Tools and Armor Add-on 1.17+
You can never have too much armor and tools.
SpongeBob and Gary Add-on
Perhaps there isn't a person who has never heard of SpongeBob. It's a
More Tools Add-on 1.18
Has it ever happened that you have a lot of resources in your
Minecraft PE 1.20.0 for Android
Have you already seen our articles about the upcoming updates for
Comments (0)
Commenting