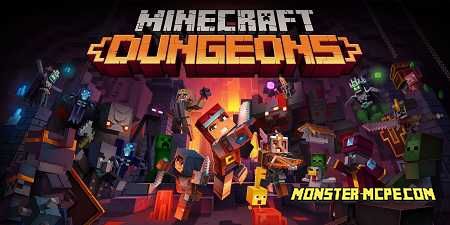 Have you seen the new game from the developers of the Mojang studio called Minecraft Dungeons? We are sure that, yes, many fans of Minecraft are already lucky to even play this exciting game. For those players and fans who have not played yet, we strongly recommend playing because this game is definitely worth your attention. If you don’t have the opportunity to play, you can just watch the game on the Internet and gain experience by seeing what awaits you.

Despite the fact that in the Minecraft world there are some flaws, the developers successfully released a new game. In more detail, you can also find out about this game in one of our articles. What we have today in Minecraft Dungeons is not the end, we are waiting for a new addition and new fascinating content. The new addition will be available to all fans of the Minecraft World.

The developers of the Mojang studio are happy that on the day of release, hundreds of thousands of players downloaded the game, today this number has increased tenfold. As the creators say, it is a blessing to see players in their new creations. Mojang spent a lot of time and effort to present us with a new exciting game. The new game gives you a new fascinating story, a pleasant experience and of course convenient gameplay. 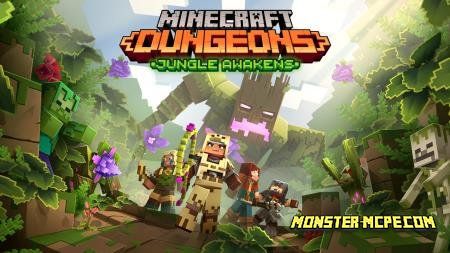 As already mentioned earlier, Mojang does not stop there and continues to create unique and interesting content that will be available upon purchase of Hero Edition. Already in July of this year, we will see Jungle Awakens! This is a new adventure in which players will fall into the unusual and mysterious jungle to fight against the most dangerous enemies. The game will consist of three exciting missions. In order to defeat all the hostile monsters that are hiding among the Jungles, you need new equipment, and this is one of the most interesting because new powerful weapons, strong armor, and useful artifacts will be added to the game.

We also want to draw your attention to the fact that after a hot and sunny adventure you have to go to frozen biomes on the Creeping Winter map. 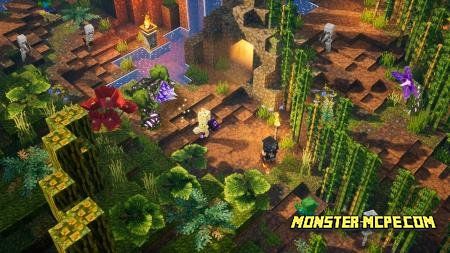 Related News:
Custom Lucky Block Add-on 1.15/1.14+
A new addon that allows players to create their own unique Lucky
Preliminary start Minecraft Dungeons
Welcome to our game portal Minecraft. We present to your attention
Rating ways to survive in Minecraft
Greetings our dear visitors of the website, players and fans of the
What to do in Minecraft during quarantine?
We present to you a new news section! This is a new section in which
Comments (0)
Commenting