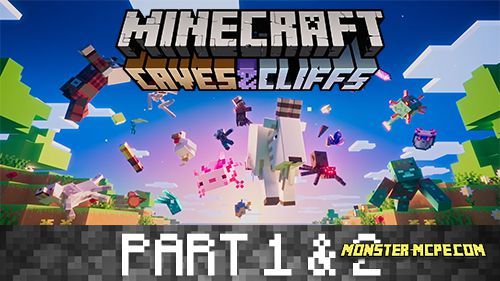 Do you already know that the Minecraft PE 1.17 Caves and Cliffs update is by far the largest in the history of the game? And this is understandable why, because with this update, the world of Minecraft is a huge amount of interesting content, new functionality, blocks, unique mobs, items, and more.

The developers of the Mojang studio are trying their best to do everything possible so that the players receive a complete update with all the announced content without any glitches and bugs. Unfortunately, due to certain circumstances, this process is slightly delayed and they do not have time to prepare everything over the summer as mentioned earlier. That is why it was decided to divide the long-awaited Minecraft PE 1.17, namely an update that is called Caves and Cliffs, into 2 parts.

This solution allows you to make adjustments and changes to the game in more detail and with high quality. Let's consider below the reasons why it was decided to divide the Minecraft PE 1.17 update into two parts, as well as the most interesting questions for every Minecraft fan, such as:

When will archeology be added to the Minecraft world?

What are the full first part and the second part of the update?

The reasons why the update is divided into two parts!

Earlier we talked about the fact that due to certain circumstances, the update Minecraft PE 1.17 which is Caves and Cliffs was decided to be divided into two parts, and all because Game Director Mojang, namely Agnes Larsson, named 3 reasons why they were forced to do this:

1. The first reason is definitely quality. The size of the update requires a lot of work on game performance to keep the gameplay smooth and simple.

2. The second reason is technical complexity. Some updated features like world height and biome changes take a lot of work and time.

3. And the third important factor is the health of the team. Unfortunately, due to the pandemic, the developers of the Mojang studio are forced to work remotely, which can also affect the speed of development. Agnes Larsson doesn't want everyone to work overtime.

This part of the update has already been presented to the Minecraft community with most of the announced content. The promised summer release was presented to all Minecraft players with new features and functionality. The main innovations of the update are new unique blocks and amazing mobs.

The generation of ores and certain areas of the Minecraft world has been partially changed, for example, the generation of copper, amethyst geodes, and others have been added. 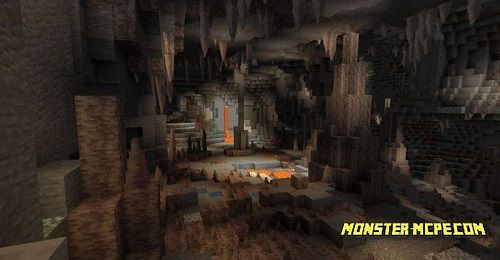 The second part of

The second part, based on the words of the developers of the studio Mojang, should be presented no earlier than before the New Year. The theme of the second part is the complete generation of the world. In this part, they will change the generation, add biomes, different caves, highest mountains, and increase the height of the world (which Mojang is already actively doing!). 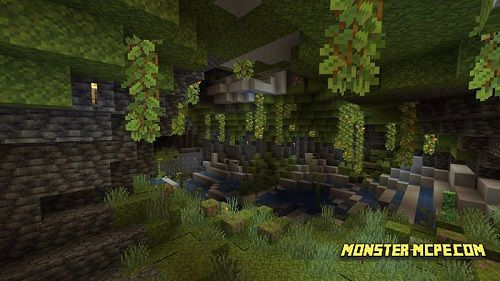 And the last news is the long-awaited Archeology! 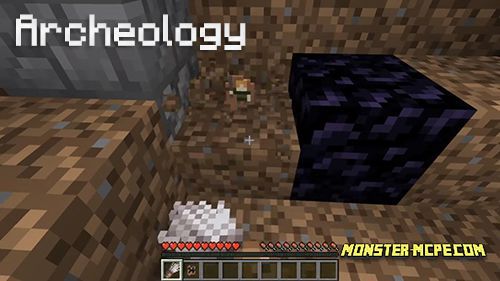 Unfortunately, the release of archeology will be postponed until 2022, since this is a large enough system, the developers want to work it out carefully.

Attention: Please note that for the Java version of the Minecraft game dated April 14, the height of the world has already been changed to the old one.
Facebook
Twitter
Pinterest

Related News:
More Tools Add-on 1.16+
Has it ever happened that you have a lot of resources in your
Golden Utilities: Transport Any Mob and Much More Add-on
Have you ever faced the problem of transporting mobs or maybe you
Cave Enhancements Add-on 1.16+
We present to your attention a large and fairly voluminous Cave
Cave and Cliffs Concept Add-on 1.16+
Are you already looking forward to the upcoming Cave and Cliffs
Comments (0)
Commenting