Have you already seen new animals that have been added to the Minecraft world? You probably already guessed who we are talking about, these are the animals that Mojang announced at Minecraft Live 2020, namely the mountain goats! In addition to various blocks and various other interesting features, new mobs will also be added to the Minecraft world, namely mountain goats. For those who do not know, this is not a hostile animal that lives exclusively in the mountains. These mobs look pretty and harmless enough. This addon allows players to add new mobs to their Minecraft world without any additional settings. Let's consider this addon in more detail below.

Mountain goats are creatures that have white fur and horns. In this addon, you can add several different types of mountain goats to your Minecraft world. This mob lives only in the mountains. We also want to note that they are quite cute. Let's look at the features of these animals. 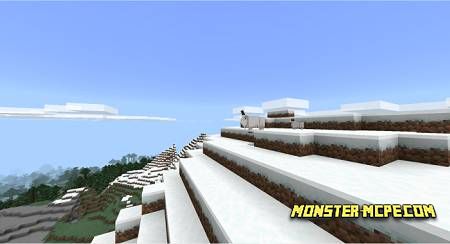 The first thing to notice is their behavior. In general, these mobs are not hostile and harmless. Mountain goats are passive towards players. We also draw your attention to the fact that the mountain goat will not attack the player until you hit him first. Their main feature is the ability to move quickly and dexterously through the mountains, as well as jump four blocks in height. This mob loves to eat wheat. Players can breed these animals in the same way like sheep. After you breed them, you may see cute little mountain goats. 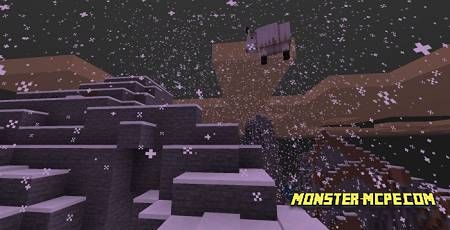 These mobs spawn naturally in the Minecraft world, in places such as mountains, mountain edges, and hills. This mob spawns in groups of four.
After death, this mob drops wool from 2 to 4 pieces, also such items as goat's horn and raw meat.

The goat horn, when used by the player, will play the raid sound and also give the player the Bad Omen effect.

Below you can see all the available varieties of the new mob: 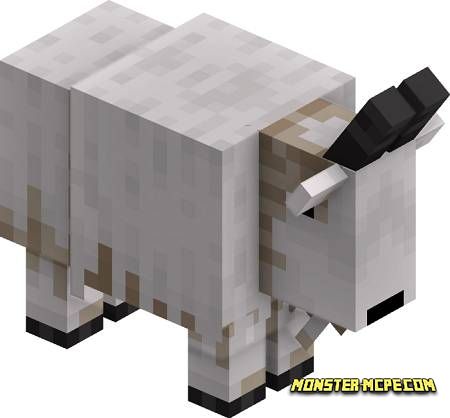 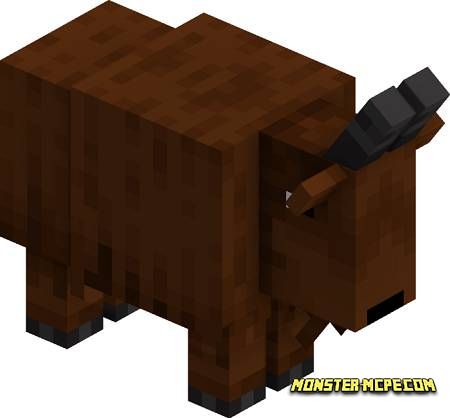 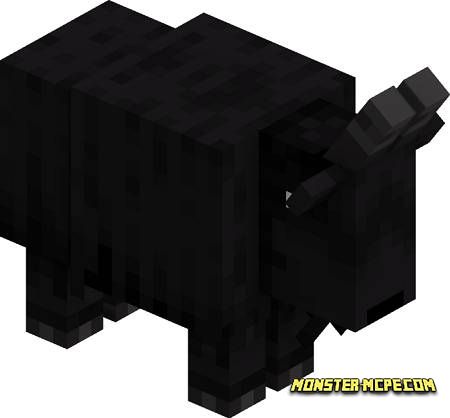 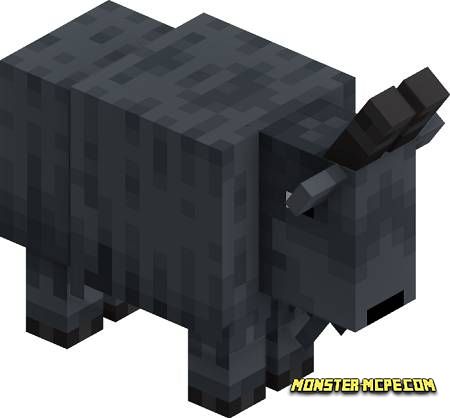 We draw your attention to the fact that you do not forget to activate the Experimental game mode! For the addon to work correctly, it is recommended to use Minecraft version 1.16.100 or higher!

Related News:
Goat Concept Replicas Add-on 1.16.40/1.16+
Do you already know what will be added with the upcoming Minecraft PE
Mountains Concept Add-on 1.16/1.15+
Do you often explore mountainous areas? If not then a new addon will
World Animals Add-on 1.16/1.15+
Would you like to add more different animals to the Minecraft world?
Minecraft Nether Update Concept Add-on 1.14+
A new addon that was created to test all the upcoming features of the
Comments (0)
Commenting