Have you ever seen the new Axolotl creatures that were introduced by the Mojang developers at the recent Minecraft Live event? These creatures will be added to the Minecraft world in an upcoming update. These are cute and friendly mobs that will live in underground lakes and other lakes in the Minecraft world. In this regard, we present you with an addon that can already add these cute creatures to your Minecraft world. Now you can play along with these funny mobs in your world.

Please note that the new mobs have the same appearance and behavior as presented by the Mojang developers at the Minecraft live event. Let's take a look at the new creatures and their behavior below.

In general, five types of axolotls will be added to the Minecraft world, four of which will have different simple colors and appearance, and one of them will be very rare. 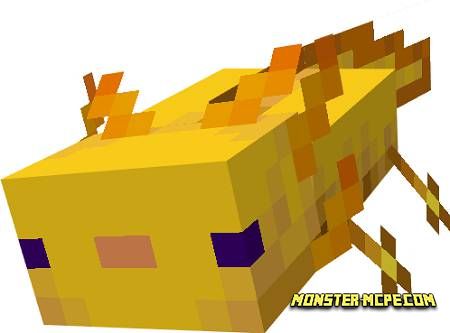 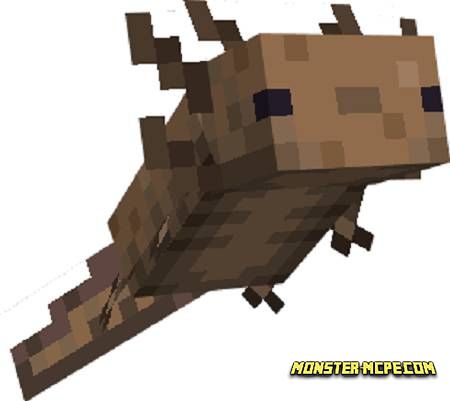 5. And the rarest is the Blue Axolotl: 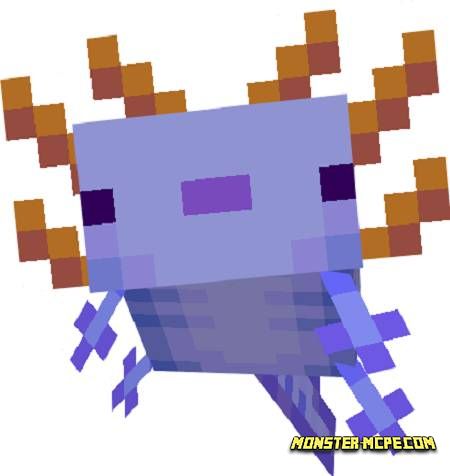 Now that you know how they look, we can consider their behavior and animation, which will also be added to your game. And by the way, aren't they really cute ?!

The axolotl spends most of the time in the water, but sometimes it comes to land. This is because, being on land for more than five minutes, they can die from drying out. These friendly and cute mobs will defend and attack creatures such as guards, fish, squid, and drowned zombies.

One of the features of these mobs is not only the behavior but also the sounds that were borrowed from the Java version of the Minecraft game in which these animals have already been added.

What animation has been added to the addon?

The addon has been added animation for swimming, simulating death, breathing, and walking! This animation almost exactly copies the original animation of the Java version of the Minecraft game.

Players can use the rope as their pets to pull them with them. To breed these animals, players need to use tropical fish. We draw your attention to the fact that baby axolotls are very cute because of their appearance, namely, a large head and size. Below is a screenshot of what baby axolotls look like: Players can also use a bucket of water to pick up an axolotl. Also, thanks to the bucket, you can release them on land at any time. 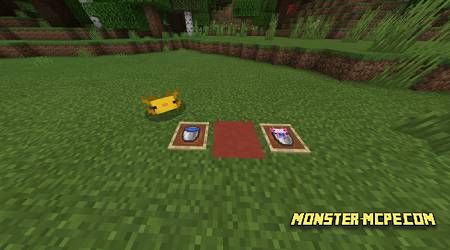 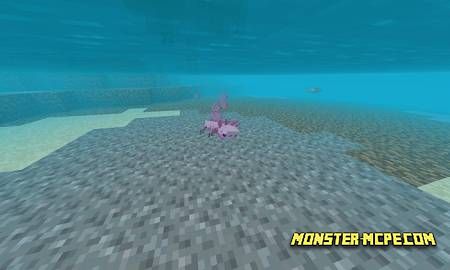 Please note that when an axolotl pretends to be dead in the water, it will sink as if it really died.

Attention: At the moment, only axolotls can be added to the Minecraft world, and since there are no lush caves yet, you can find new mobs in the jungle lakes.

It will not be so difficult for you to find them since they will periodically get out on land, but not for long, as it was said earlier, without water they can die. If they walk along the shore of the lake, then soon they will have to go into the water. Axolotls walk only near the lake. 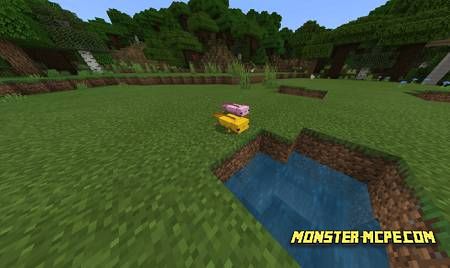 We also draw your attention to the fact that if a player has a tropical fish with him but does not hold it in his hands, the axolotl can steal it and swim away, so be careful! 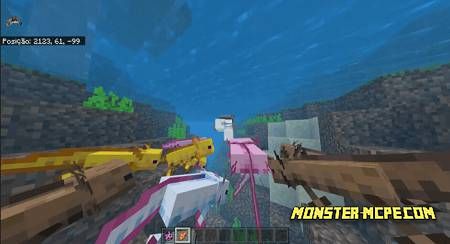