You have probably already driven more than one car in the Minecraft world. But would you like to experience another car? If yes, then the new addon is what you need. This addon adds another car to the Minecraft world, namely the Toyota Sprinter Trueno. If you have not seen this car in real life, you will see it in your Minecraft world. This is a rather specific car and not everyone may like it. But in general, for a new experience, this car will be a good opportunity and a way to also comfortably and quickly get from one place to another. This is a simple and cheap car that allows players to simply enjoy driving around the world of Minecraft.

For those who will be interested in reading some interesting information related to this car, we recommend searching on the Internet.

The new Toyota Sprinter Trueno is fast enough, for its model it is an average speed. Has a total of three seating areas for you and your friends. It also has a sufficient amount of free space for storing items, namely in the trunk. Added additional animation and sounds.

How do I get a new Toyota Sprinter Trueno?

Players can get this car using two methods, namely the first is a special spawn egg that you can find in the creative inventory, or use a special command /summon with a specific command that corresponds to a specific type of car.

Let's take a look below what kind of cars will be available to each player.

The Toyota Sprinter Trueno will be available to players in three different colors, namely:

1. White: with the command to spawn ae86:white. Below you can see how it will look in the game: 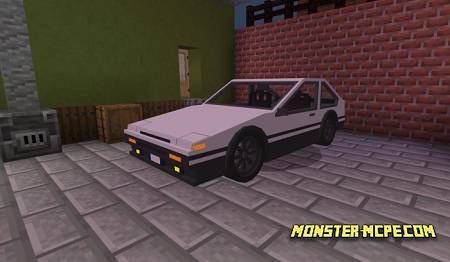 2. Red: with the command to spawn ae86:red. Below you can see how it will look in the game: 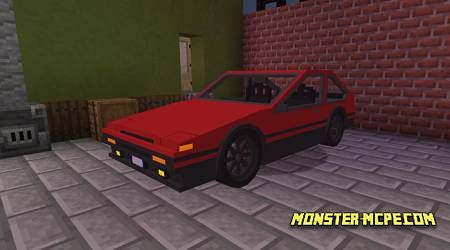 3. Special white: with the command to spawn ae86:id. Below you can see how it will look in the game: 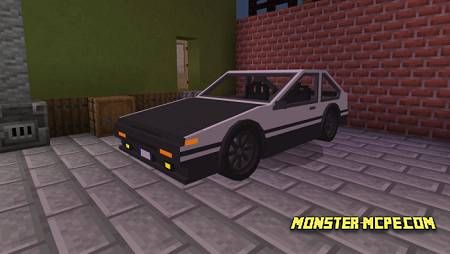 Also, below you can see additional screenshots of this car: 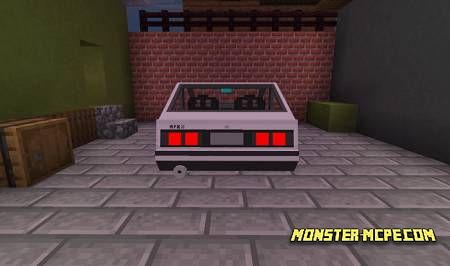 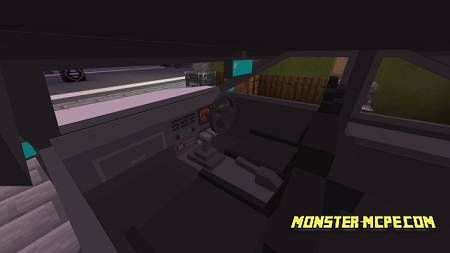 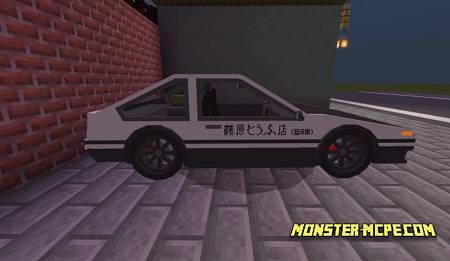 The Toyota Sprinter Trueno has an interesting feature, namely its headlights that can pop up. The headlights will pop up immediately after the player gets behind the wheel and starts the car's engine.

Related News:
Caps and Hats Add-on 1.16/1.15+
Would you like to add a new accessory to your character? If so, then
Minecraft PE 1.18.0 for Android
We present to your attention the new version of Minecraft Pocket
Toyota Supra MK IV Add-on 1.16/1.15+
Have you watched the movie Fast and the Furious? This is a very cool
Download Minecraft Java 1.14
Everyone is looking forward to a new update for everyone's favorite
Comments (0)
Commenting