Would you like to add a new sports car to the Minecraft world, which some even call Godzilla? If you understand what you mean then you probably guessed what will be added to the Minecraft world, if not, then we present to your attention a new car, namely the Nissan GTR R32! This is a fairly old model of Nissan, which is also called the grandfather of the famous Nissan Skyline. This is a special racing car that brought great fame to Nissan.

The Nissan GTR R32 is the eighth generation Nissan Skyline, indexed R32, which appeared in May 1989. A total of 313,491 cars of this series were produced. Compared to the previous generation, the number of possible body styles has been reduced and only a four-door sedan and two-door coupe remain.

Like all sports cars, this car has two seats. Also, has free slots for storing items. Added animations and sounds.

The car is presented in five different colors, two of which will be simple, and three will be with a special livery. Below you will see all the available colors:

In order for the player to get one of the desired cars, you need to use a special spawn egg from the Creative inventory, or use a special command /summon, with the text corresponding to the color of the selected car.

Let's take a look at all the available colors and commands:

1. White, spawn command r32gtr:white. You can see how this car looks like in the screenshot. 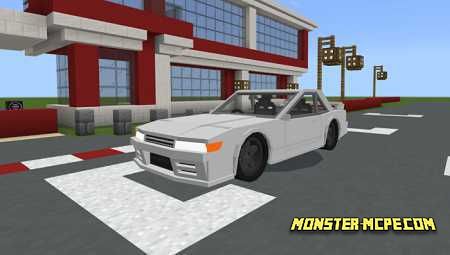 2. Black, spawn command r32gtr:black. You can see how this car looks like in the screenshot. 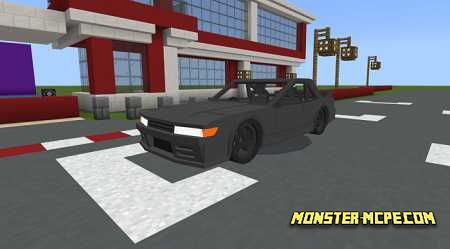 3. Special Livery 1, r32gtr spawn command:hks1. You can see how this car looks like in the screenshot. 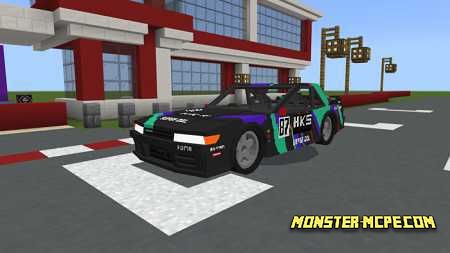 4. Special Livery 2, r32gtr spawn command:hks2. You can see how this car looks like in the screenshot. 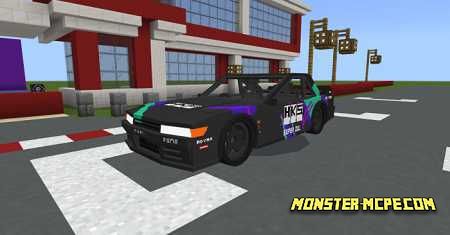 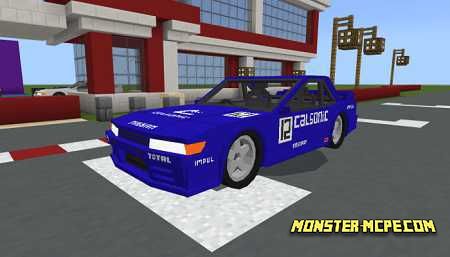