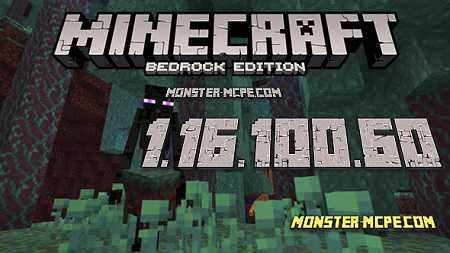 As always, on Thursday, the Mojang Studio released and presented to us with a new update of the Minecraft game, namely Minecraft PE 1.16.100.60 for all Android devices with a working X-box Live. This update introduces players to new fixes and improvements to the Minecraft world.

In the new Nether update, the Mojang Studio has fixed some bugs that made the previous version a little unstable during the gameplay. The new release of Minecraft Pocket Edition 1.16.100.60, the game has become much more comfortable and stable. Which ones we will consider with you below.

The first thing we would like to draw your attention to is certain game aspects, such as biomes, some structures, and fixes.

As for new biomes, in Minecraft PE 1.16.100.60, players can visit five new fascinating and dangerous at the same time biomes. Among them, it is worth noting such biomes as Soul Sand Valley and Warped Forest.

The first biome is the place where the Endermans and Striders are living. As you know, Enderman does not attack the player until the moment when he looks at these creatures in the eyes. Striders are friendly mobs that can be useful to players because they can transport the player from one place to another through the lava. This makes the location Warped Forest as one of the safest places in the Nether world. Also, in this location, everything is consists of blocks of blue-turquoise color. 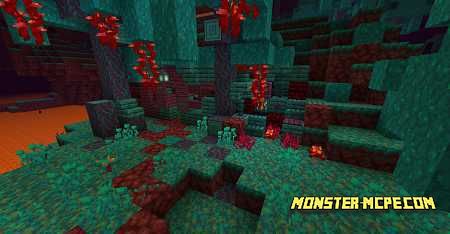 In the second biome, Soul-Sand Valley, the player will see a location that consists of soul sand. It is mainly inhabited by creatures such as the skeleton, Ghasts, and Enderman. This location is one of the most difficult to survive. Players who like different challenges and survival should definitely visit here. 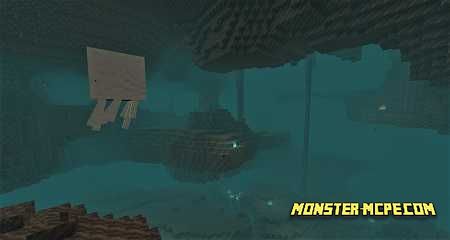 In Minecraft PE 1.16.100.60, in addition to biomes, players can also see new structures. There are two of them, namely Ruined Portal and Bastion Remnants. The first structure can be generated only in the Nether world, while the Ruined Portal can be generated both as in the Nether world and in the Overworld. In Bastion Remnants, players can find a large number of chests with useful resources for survival. 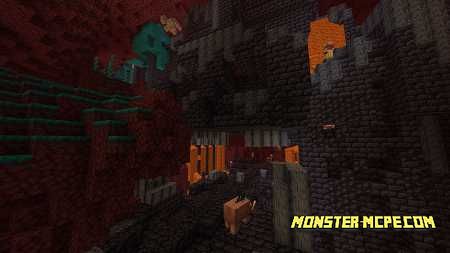 However, in order to get these items and resources, you will have to fight with Brutal Piglins. This is a stronger subtype of Piglins, has more health points, and deals more damage. Please note that in order for the player to find Bastion Remnant faster, you can use the /locate bastionremnant command.

The Ruined Portal is a fairly small structure. Around the portal, players can find a chest with various items and gold blocks. Also, the Ruined Portal in Minecraft Pocket Edition 1.16.100.60 is built from Crying Obsidian and the usual Obsidian. Using the /locate ruinedportal command, you can find this structure faster. Only here you can find Crying Obsidian which is generated naturally. This resource can be useful to you for crafting Respawn Anchor. 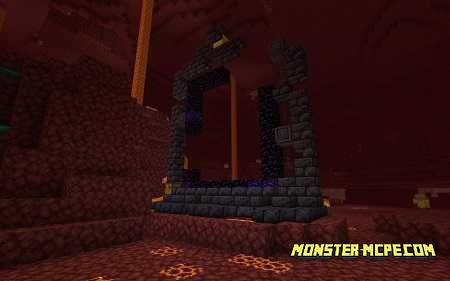 Now let's look at the fixes.

The first thing we will pay attention to is the Performance and Stability of the game. Fixed a crash that occurred when one of the split-screen players disconnected their controller.

The second is the gameplay. The command /clone now places and connects double chests correctly.

As for the graphics, there are also some changes, namely: