Have you watched the famous TV series called Doctor Who? For those who have not watched it briefly, this is a British sci-fi television series of the company about an alien time traveler known as the Doctor. This character with his companions travels in time and space both to save entire civilizations or individual people and for his own pleasure using a blue telephone booth.

It is also called the blue box, blue telephone booth, police booth, spaceship, or time capsule. For those who are interested in this phone booth or for those who are fans of this British TV series, we present a new TARDIS map where each player can be part of the Doctor Who team. In the world of Minecraft, you will see the main feature of this booth, namely, from the outside, this booth looks small, but inside it is very spacious. Also, added some control options.

Below are screenshots of what the booth looks like in the Minecraft world outside and inside: 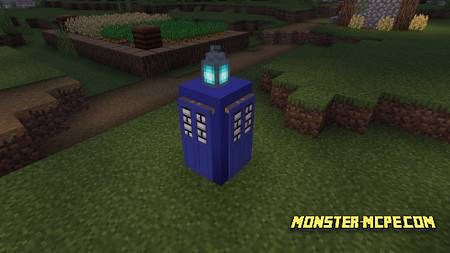 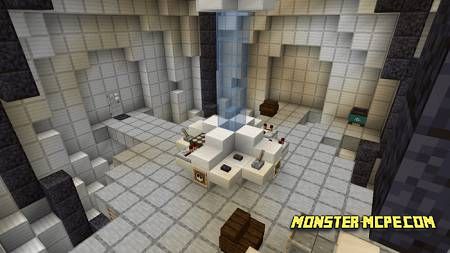 Related News:
Welcome To The Tardis Reborn Map
Have you watched the British TV series Doctor Who? If not, we
Extra Terrestrial Add-on 1.16/1.15+
Have you ever watched the famous film E.T. The Extra-Terrestrial? If
New Mob: Xenomorph Alien Add-on 1.13/1.12+
Have you ever watched a very famous movie Aliens or Predator vs
Alien Warfare Pack
Alien Warfare Pack is a cool graphic addition, with which you bring a
Comments (0)
Commenting