Do you like survival? What about spaceships? What if we combine survival and spaceship? That's right, then you get a new survival map in a spaceship! This is a very interesting and exciting survival with a dynamic storyline where the player needs to do everything as quickly as possible to keep his spaceship working. If you do everything too slowly, you will die.

This survival mini-game is available for both single-player and two players. Of course, playing together is more fun and increases the chances of survival.

Players will spawn in a special place called the Lobby. In this place, players can see a spaceship on the floor under their feet and some buttons on the wall. In addition to the buttons, the player can use special levers that are designed so that the player can clear his character from harmful effects or spawn in the lobby.

These levers are called Do Not Touch, as they are only intended to be used in the most extreme cases. Below you can see what the Lobby looks like in the Minecraft world: 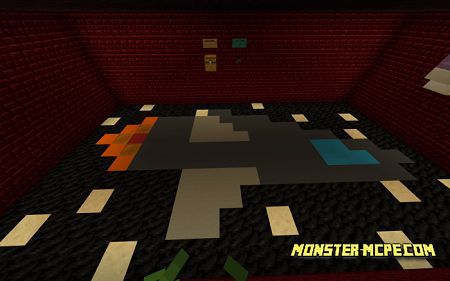 As mentioned earlier, players need to pay attention to the safety of the spaceship in order to survive. Let's look at three aspects from which you need to protect your spaceship.

The first thing to protect your spaceship from is the asteroids. Asteroids are dangerous because they can destroy not only a spaceship but also an entire civilization on the planet. When you see an asteroid that is approaching you, you need to use the lever to shoot a projectile at it and destroy it before it destroys your ship. 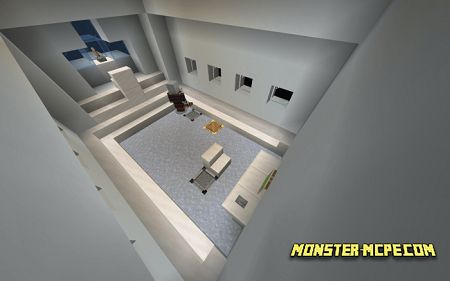 In addition to asteroids, you will be attacked by other hostile creatures. The player needs to defend himself and kill all aggressive creatures that will attack them after a certain period of time. 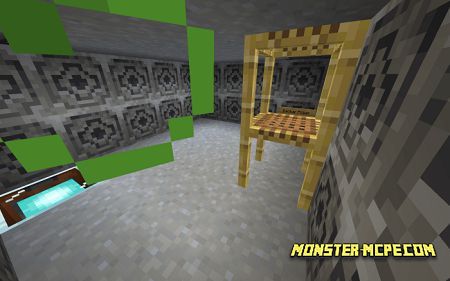 The power source is in the shulker box. We draw your attention to the fact that the main task of the player is to correctly place the power supply in the place where it should initially be placed.

Related News:
Cave Enhancements Add-on 1.16+
We present to your attention a large and fairly voluminous Cave
The Floor is LAVA Map
Have you ever played a fun game called Floor is Lava ?! If so, then
Jurassic Addon
Jurassic Addon - this is a fairly large and voluminous addition that,
World Animals Add-on 1.16/1.15+
Would you like to add more different animals to the Minecraft world?
Comments (0)
Commenting