The Floor is LAVA Map

Have you ever played a fun game called Floor is Lava?! If so, then it will probably be interesting for you to play such a game only in the Minecraft world, for those who have not played such a game before, both in the Minecraft world and in the real world, we recommend that you try and get new experience and new positive emotions. Play this game with your friends and have fun.

At the beginning of the game, players can customize the game mode whether it be PvP or not. You will also see other settings in the starting room. In general, players will have three different maps available for the game:

For those who do not know how it works, the main goal for this map is to overcome obstacles and stay alive.

First, the player needs to select the desired map for the game.

After the player spawns on the selected map, he will have five seconds before the floor is completely filled with lava. At this time, players need to overcome obstacles and try to do everything to survive. After the next five seconds, the lava will disappear and the player will have again five seconds to find a place to climb and how to save his life. This process will continue until all players die. Please note that the difficulty of this game is that every time lava fills the floor, the blocks that are located on the map will be gradually destroyed. After some time (it depends on you and your skills) on your map there will be few blocks on which you can hide, thereby complicating the gameplay.

This game supports multiplayer game mode! The more players the more fun and difficult it will be for you!

This map was created using Redstone and Command Blocks.

Below you can see what the different maps of this game look like: 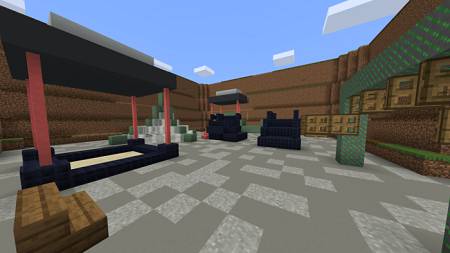 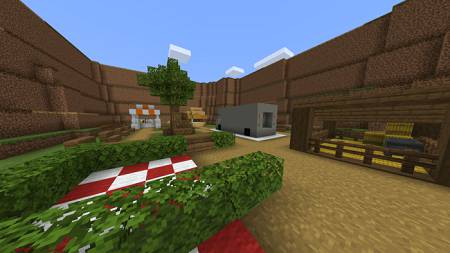 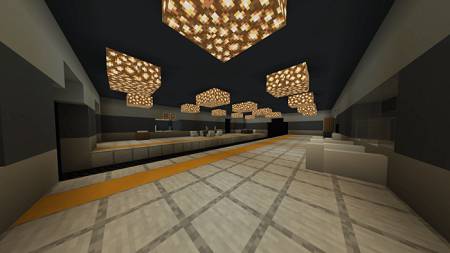 Related News:
Cops and Robbers: Alcatraz Map
Have you ever played a game like Cops and Robbers for the Java
Jurassic Addon
Jurassic Addon - this is a fairly large and voluminous addition that,
Five Nights At Freddy’s Ultimate Custom Night Map
Have you ever played one of the famous series of the game the Five
Pixel Playground (Creation)
Here you have a great opportunity to add your own object from pixels
Comments (0)
Commenting