Among Us Map Builder

Have you ever played or at least heard about a new popular game called Among Us? If yes, and you know what kind of game it is, then the new one will be interesting to you. The new map allows players to create their own map Among Us. Create unique different levels Among Us in the Minecraft world and have fun with your friends.

This map also allows players to choose one of seven available characters of different colors. 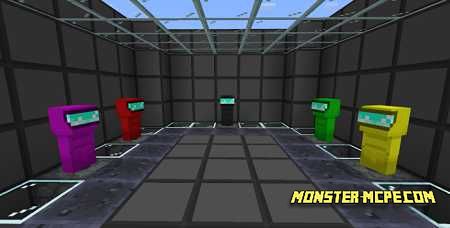 In addition to the seven-colored costumes, seven new block types will also be available in the game to help you customize the levels for your game. 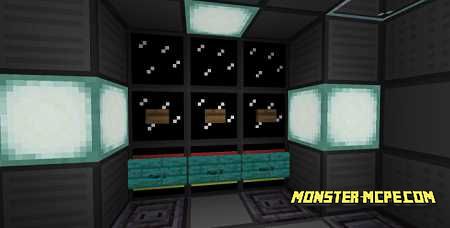 Features of the new map

On this map, such features are available as:

1. Automatic system of Win and Lose;
2. Automatic start of the game;
3. Selection of available colors;
4. One world and several maps;
5. Notifications about kills.

In the future, such functions will be added to the game as:

At the moment, such tasks as the ability to manually give all available items, killing pigs, and others are available. Use the special /function command followed by the text: crewmates_win, after each task you run.

Related News:
SweetMobs2 Add-on 1.16/1.15+
Do you like sweets? We know for sure that yes, if this is really so,
Five Nights At Freddy’s Ultimate Custom Night Map
Have you ever played one of the famous series of the game the Five
Colored Selection Box Texture Pack
A new texture package for those who are tired and don't like custom
Download Minecraft Java 1.14
Everyone is looking forward to a new update for everyone's favorite
Comments (0)
Commenting