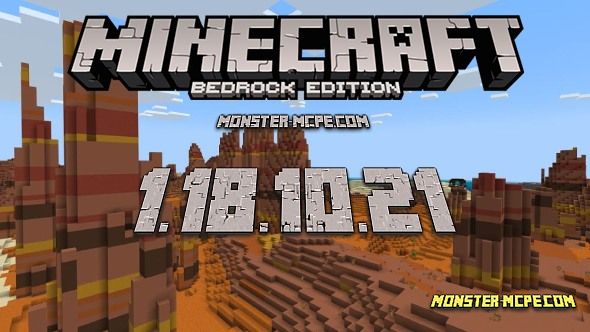 The developers have released a test version of Minecraft 1.18.10.21 on Android. In this update they added an experimental feature "Wild Update", made 4 changes and fixed 17 bugs.

Changes
Introduced 4 changes.
The decoration frequency in the caves is similar to the Java version
The brightness of the block of Light changes and on touch devices
Mobs again jump over blocks to pick up items
Added an extra message when switching to external file storage

Related News:
The Wild Update Concept Add-on 1.17+
Another 1.19 update concept is The Wild Update.
Sculk Ore Mod 1.16+
Do you know what the new Sculk Sensor block is? If you followed the
Cave Enhancements Add-on 1.16+
We present to your attention a large and fairly voluminous Cave
Village, Ravine & Flat Landscape Seed
Very fascinating seeds that spawn initially near the village, it is
Comments (0)
Commenting