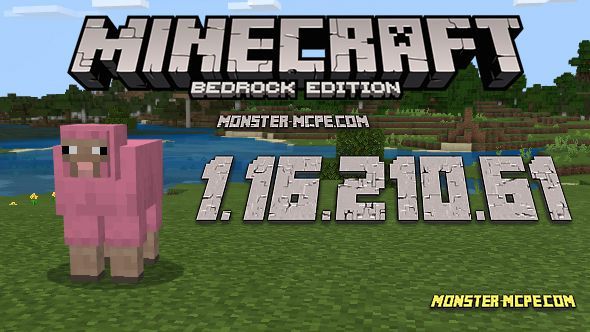 Today Mojang presented a new test update that supports Android operating systems,
namely Minecraft PE 1.16.210.61. This is a fairly small update in which the Mojang developers have fixed only three bugs. Let's take a look below at what bugs were fixed in today's update.

As mentioned earlier, in the new test update Mojang fixed only three bugs:

1. Crashes during gameplay have been fixed;
2. A bug that occurred while using Code Connection was fixed;
3. Bugs have been fixed due to which, when opening inventory in the worlds of the Marketplace, they could block the view on the map.