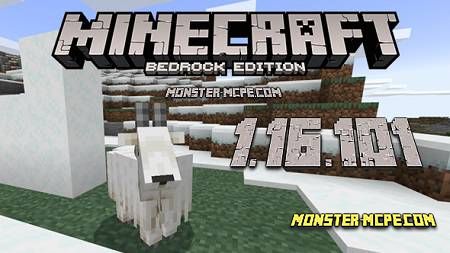 Unexpectedly for everyone, the developers of Mojang Studio presented on Monday, November 23, a new update for Minecraft PE 1.16.101! This was unexpected only because a serious problem was discovered which you will learn about below.

We present to you the new release of Minecraft Bedrock 1.16.101, which Mojang has released for all users of Android devices. As mentioned above, the peculiarity of this version is that there is only 1 fix here.

One fix? Exactly! This surprised not only you. The fact is that quite recently, players began to complain about a problem related to Minecraft multiplayer in Realms.

Fortunately, Mojang fixed this bug due to which players could not connect to Realms when using mobile internet on their device! 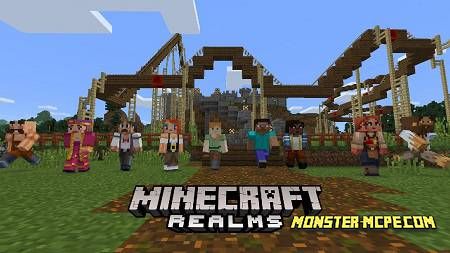 And that's all that was fixed. The fact is that this is a critical bug that has interfered with thousands of players around the world. That is why Mojang decided to release an unplanned version to the players.
Facebook
Twitter
Pinterest
Minecraft PE 1.16.101 for Android
minecraft-1-16-101.apk
Download free[122.66 Mb]

Related News:
The Caves And Cliffs Update introduces lots of Snow And Goats!
We are in a hurry to present to you the latest news from the world of
Minecraft PE 1.16.100.50 for Android
Greetings to all fans of the amazing and exciting world of Minecraft.
Minecraft PE 1.16.0.67 for Android
Today a new version of Minecraft 1.16.0.67 for Android has been
Monster Hunter (Bedrock) Addon 1.15+
We present to you a very interesting addon that adds new creatures to
Comments (0)
Commenting