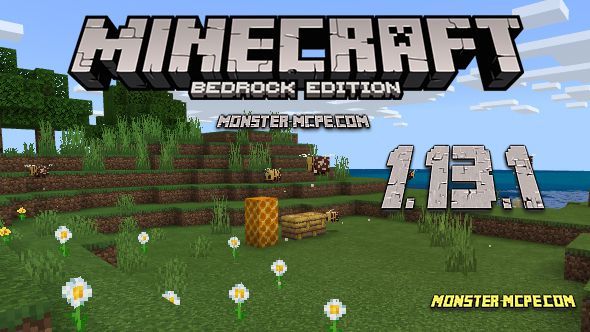 As we are all used to new releases, they carry both corrections and certain errors that are found during the game by both players and developers of the Mojang studio. The first release build had a fairly large number of errors, some of which greatly interfered with the gameplay. A week later, the Mojang studio decides to release a new version of Minecraft 1.13.1.5 on Android. The most important bugs have been fixed in this update. In Minecraft version 1.13.0.34, a bug was discovered that greatly interfered with the game, namely, the problem of moving through the teleport to The Nether. The portal could carry the player to different random places, in some cases, he could even kill the player.

On November 11, one of the developers of the Mojang studio said on his Twitter that the problem will be solved as soon as possible.

The most amazing thing is that on November 12 a new version was released and already with a bug fixed.

In general, the developers fixed 14 different errors. Below you can see some of the most interesting fixes:

— Now the cloak also works on custom skins;
— Changed camera swing while walking;
— Elytra no longer becomes invisible;
— The player can continue to play even if the skin is not loaded;
— Fixed some errors in displaying skins;
— Chests no longer become invisible.