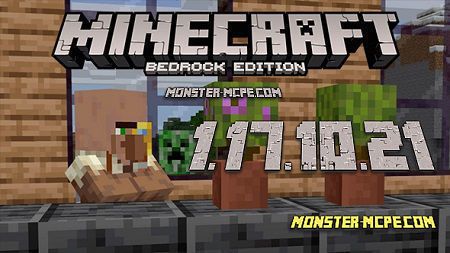 We present to your attention a new version of the update, which differs from many previous ones that were previously presented by the developers of Mojang. The new test version is called Minecraft PE 1.17.10.21. But what makes this update different from the others that Mojang released every week every Thursday? The fact is that this update Mojang was released not for users of Android devices and Android operating systems, but for users of Xbox One and Windows 10.

The fact is that Mojang faced a problem of submission due to which sending the beta version of the update became unavailable this week for users of Android devices. But do not be upset, because very soon this problem will be solved and users of the Android operating system will also be able to receive a new update! Please note that multiplayer with the previous beta version of Minecraft 1.17.10.20 is still compatible with the current version of the game.

In the new update Minecraft PE 1.17.10.21, players will expect new bug fixes and changes related to the technical aspect of the game. Let's take a closer look at the features of the new version of the Minecraft game in more detail below.

As mentioned earlier, this time, or rather this week, the developers of the Mojang studio have released a new update for Minecraft PE 1.17.10.21 not for users of Android devices, but for users of Xbox One and Windows 10. And although the new update is not available for Android, it is still compatible with the previous beta version of Minecraft 1.17.10.20.

ATTENTION: On Tuesday, June 8th, Mojang announced a release for Android users! There will be no problems with Android devices!

In the new update, more than twenty new bugs were fixed, as well as some changes were made to the technical aspects of the game.

But before we look at all the changes with you, you should pay attention to the fact that two types of Azalea have been added to the game, namely potted azalea and flowering azalea! 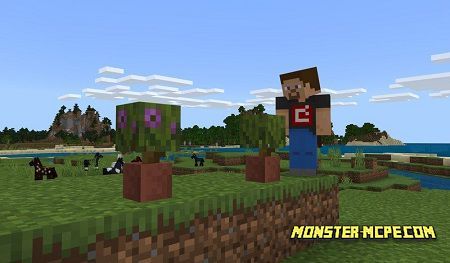 In total, 28 different bugs were fixed that affected the gameplay and the game in general. Below you will see a list of the most significant fixes in our opinion:

As mentioned earlier, in addition to bug fixes in the game, changes were also made that relate to the technical aspect of the Minecraft game. In total, the developers of the studio Mojang have made nine new changes. Basically, all these changes are related to the development of add-ons and testing the game, so you can learn more about this from the official source.