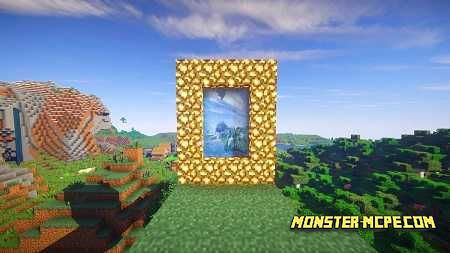 Have you already heard that the developers of the Mojang studio want to integrate the Aether engine into Minecraft? If not, then we recommend that you read this post. This is very significant news for every fan of the Minecraft universe. Why? Because this engine Aether gives new opportunities for f big number of players, especially for playing on servers, namely Realms.

Mojang developers have entered into an agreement with tech startup Hadean to integrate Engine Aether into the project. Integration work will begin in a month.

What is Aether and for what?

We would like to note that the Aether engine, which interested the developers of Mojang Studio, has nothing to do with the game Minecraft, despite the fact that the name is similar to the Heavenly dimension, which players have long been waiting for in the game.

Aether solves the most important problem for online game developers, namely, where it is necessary to ensure the simultaneous interaction of a large number of players.

Supporting each player who connects to a network game requires a certain amount of resources, and over time, the moment comes when the server can no longer cope with such a load.

More often than not, game developers solve the problem by limiting the number of online players, dividing a potentially unlimited world into many segments. From the point of view of Minecraft, such segments can be considered Realms, which can be purchased as game worlds.

Aether allows you to refuse such segmentation and showed excellent results already in the initial stages of testing in Minecraft.
With the help of it, the developers in three days were able to create a lobby server supporting 1,024 players, instead of 100. 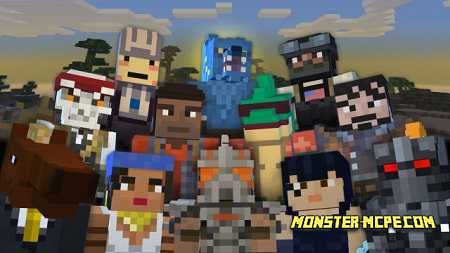 Please note that the Aether engine is designed not only for Minecraft. It can be used in other games as well. Perhaps creators of other games will also be interested in Aether.

Mojang Studios Chief Technology Officer Michael Weilbacher commented positively on the upcoming project: Hadeon's engine Aether can absolutely change and open up a whole host of new development opportunities not only for the Minecraft world but also for other streaming games.

A press release on the Hadean website tells about the most interesting, but at the same time very undisclosed, prospects for this project. The possibility of creating global gaming worlds and the actual transformation of games into social platforms where virtual concerts and other shows can be held are mentioned.

The following areas of application of Aether technology can be distinguished:

1. In Minecraft, it will be possible to create public locations in which a huge number of players can simultaneously interact. It seems like a whole park full of people.

2. In Minecraft Realms, support for a large number of players may appear (currently, no more than 10 people can play in Realms for Minecraft Bedrock).

3. Partner servers in Minecraft Bedrock will be able to support a huge number of players.

There is also a possibility that this engine will be integrated not for the Minecraft world, but for Minecraft Dungeons.

The opportunity for each player to gather in one place, namely in any Realme, is very pleasing. Imagine how much more realistic servers dedicated to role-playing life or battles will be.
Facebook
Twitter
Pinterest
Minecraft integrates the Aether engine