Have you ever played the famous Terraria game? For those who have not played and do not know what it is, we will explain. This game was created by Re-Logic, its graphics and mechanics are a bit like everyone's favorite Minecraft. Often, many players say that these games are similar to each other. The main task of the player is the same as in Minecraft, to explore the world, create different objects, build, and also fight with different creatures.

As you already understand, the game is also very interesting, that's why we present to you an addon that adds one very powerful weapon from the Terraria game, namely the TerraBlade sword.

TerraBlade is not just a sword, it works for long distances. To do this, you need to swing, after which the sword will fire a light green blade. Feel the power of this sword in the world of Minecraft.

Be sure to activate the EXPERIMENTAL game mode.

In SURVIVAL mode, players can craft this sword. To do this, use emeralds and sticks, craft recipe below: 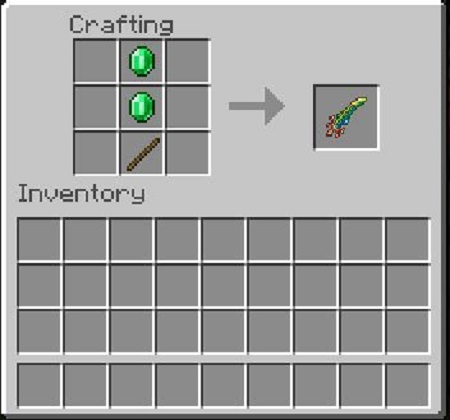 For mobile devices and tablets:

The traditional way of clicking the left mouse button. 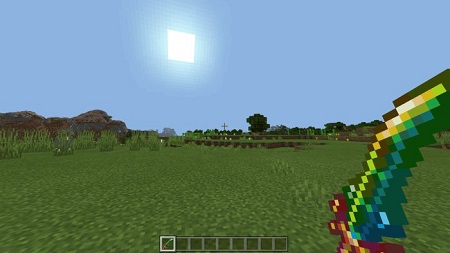 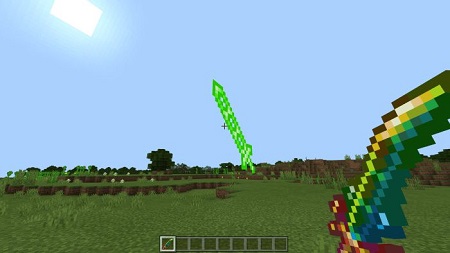 Related News:
Effect Sticks Add-on 1.14/1.13/1.12+
A new addon that adds very interesting new sticks to the game, or
The Ruby Blade Addon 1.13/1.12+
A fascinating add-on which adds a new and very powerful Sword to the
Download Minecraft Java 1.14
Everyone is looking forward to a new update for everyone's favorite
More Swords Mod
This mod was created for MCBE, namely for swords. Here you can see
Comments (0)
Commenting