A new addon that adds very interesting new sticks to the game, or rather sticks with additional effects. In general, 6 new sticks will be added to the game that will give the player new effects of monster statuses. The player can use them in the Minecraft world in order to protect himself from various enemy monsters. Effects will work from a distance, so you will have an additional advantage. All new items can be crafted by the player in survival mode or just use the available command: /function effect_sticks!

In order for the player to be able to use one of the new items, the player needs to select a specific block or creature, holding one of the sticks in his hands. It is important that the object that the player wants to hit is in front of him and is at a distance of 10 blocks from him.

Any creature that will stand in 10 blocks from the player will receive the corresponding effect. In order for the object that you want to attack to get the effect you selected again, click on the stick again.

Let's look at you below with detailed information on how to craft a certain item and information about each of them:

1. Stick of withering: Use a special potion called Awkward for crafting. Gives the effect of withering. It affects the target for 10 seconds.

2. Poison Stick: Use a special potion called Awkward for crafting. Poisons your target with poison and acts on the target for 10 seconds.

3. Weakness stick: Use a special potion called Awkward for crafting. Gives the weakness effect of your target. It affects the selected target for 30 seconds.

5. Slow stick: Use a special potion called Swiftness to craft. The selected target will receive a slowness effect that will act on the target for 30 seconds.

6. Levitation stick: Use a special potion called Slow Fall to craft. Gives the effect of levitation. It affects the target for 10 seconds. 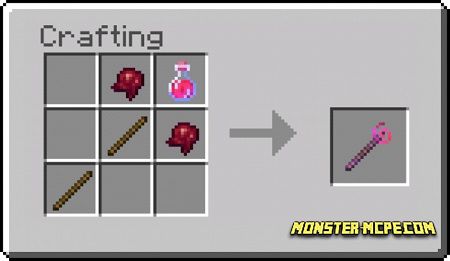 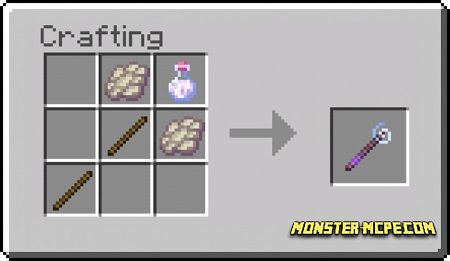 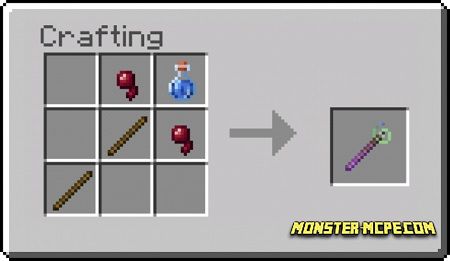 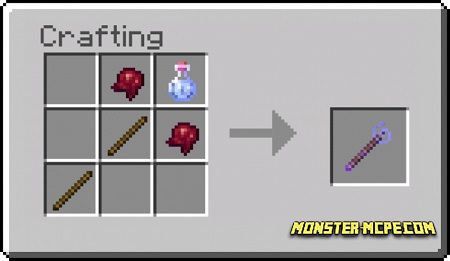 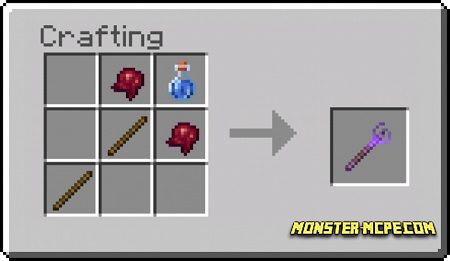 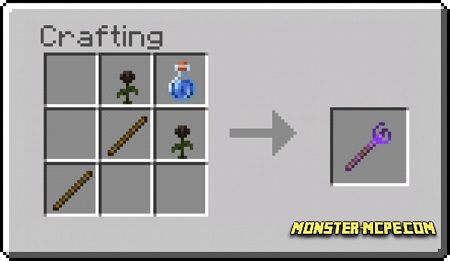 Related News:
Mythology Monsters Addon 1.13/1.12+
We are glad to present you an incredibly exciting add-on, especially
Download Minecraft Java 1.14
Everyone is looking forward to a new update for everyone's favorite
MegaPlayers Function Pack Addon 1.10/1.9+
This function pack is that what you need and what needs all the
Function File For Command (1.8+ Only)
Meet the new command for beta MCPE 1.8, it is called Function. With
Comments (0)
Commenting