Have you faced the problem of placing the block incorrectly? If yes, then you probably understand how sometimes it is inconvenient when you place a block and at the same time do not want to break it so as not to lose all the items that are dropped everywhere. Thanks to the new add-on, players can turn the blocks in the direction they want using a special block that will solve this problem.

Players can rotate objects and blocks so as not to destroy the loot. Let's take a closer look at how it works below.

As mentioned earlier, thanks to the new add-on, players can turn the blocks in the direction they need using a special block that will solve this problem. Players can rotate objects and blocks so as not to destroy the loot.

Two types of rotator blocks will be added to the Minecraft world, namely left and right.

In order for the blocks to rotate the blocks or objects, you must click on the block, or for the PC version of the Minecraft game, right-click. The blocks will rotate in the direction indicated on the block, namely left or right. These features work even when interacting with blocks that contain loot or signs. We draw your attention to the fact that unfortunately today these blocks cannot interact with Redstone blocks.

But at the same time, these blocks can be used by players for any other purpose, namely for puzzles. Players can rotate the stair blocks in the direction they need to open the door.

Below you can see screenshots of what the rotation blocks look like: 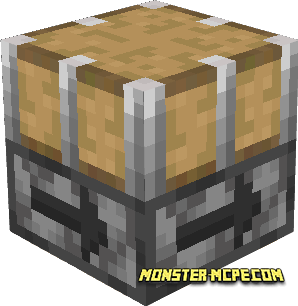 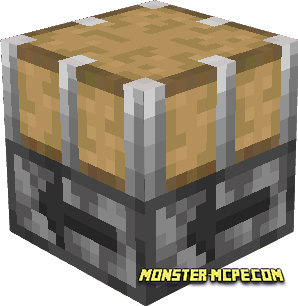 Recipes for crafting blocks of rotation: 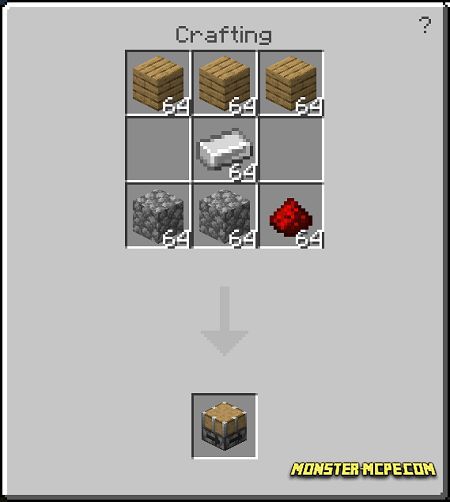 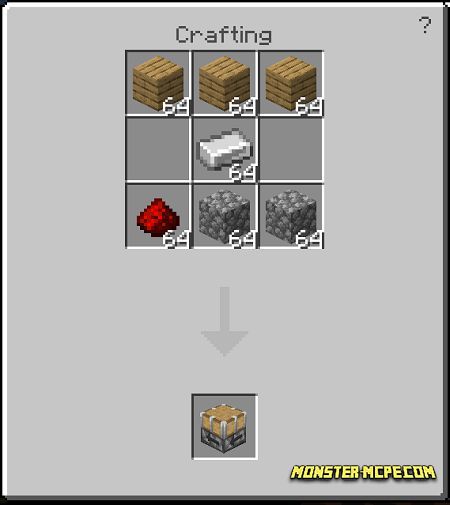 In addition to crafting, players can also get these blocks using the special command / give @s, followed by the text vc: rotatorleft, and for the right block vc: rotatorright.

Related News:
More Tools Add-on 1.16+
Has it ever happened that you have a lot of resources in your
Golden Utilities: Transport Any Mob and Much More Add-on
Have you ever faced the problem of transporting mobs or maybe you
Cave Enhancements Add-on 1.16+
We present to your attention a large and fairly voluminous Cave
Jurassic Addon
Jurassic Addon - this is a fairly large and voluminous addition that,
Comments (0)
Commenting