Have you ever sailed on a river, lake, or sea on a catamaran? If yes, then you know how interesting and fun it is, if not, this is not a problem, since now you will have such an opportunity. The new addon adds a Catamaran to your Minecraft world on which each player can go on a new adventure along the rivers, lakes, or seas of the Minecraft world.

Features of the catamaran

As mentioned earlier, the new addon adds a Catamaran to the Minecraft world on which each player can go on a new adventure along rivers, lakes, or seas. But what is a catamaran or how do you imagine it? Everything is very simple. In general, it is a simple construction that consists of light boats with a sail. The double-hull vessel, the hulls of the vessel are connected from above by a bridge.

The ships, consisting of two hulls, are interconnected by a deck or truss bridge. The design feature of most sailing catamarans is their undecked structure, the hulls are connected by beams, the space between which is closed by a net on which members of your swimming team move.

The new vehicle allows players to explore the sea or ocean both alone and with friends. But before you go on a new adventure, you need to craft it first. The process is quite interesting since you first need to craft its individual parts such as the sail, plastic, and base. Let's take a look below at how each part of the catamaran is crafted.

1. The first thing a gamer needs to craft is a sail, for this use logs and wool. 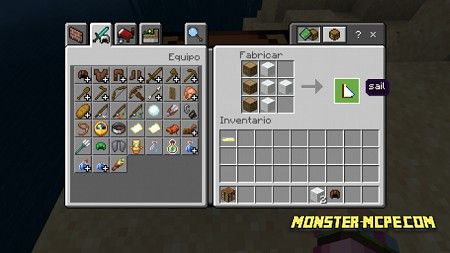 2. The second part is plastic that players can craft using an iron block and a coal block. 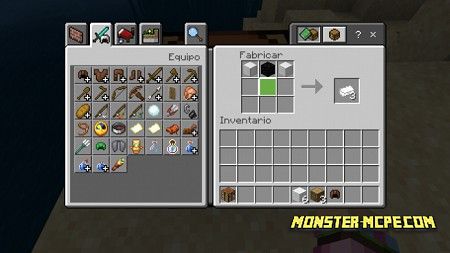 3. And the last part is the base. To craft this part of the catamaran, you must use plastic. 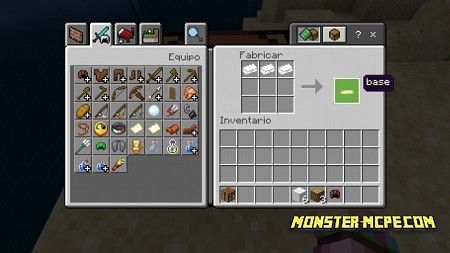 Having crafted all the necessary parts of the catamaran, you need to put them all together so that in the end you get a full-fledged catamaran.

Place the items as shown in the screenshot below, then use the item to summon your catamaran: 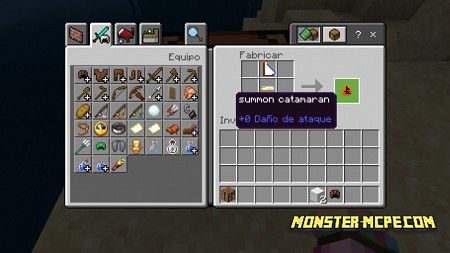 In order for you to fully understand the role of a sailor, craft a special sailor hat. To do this, use a leather hat and wool. 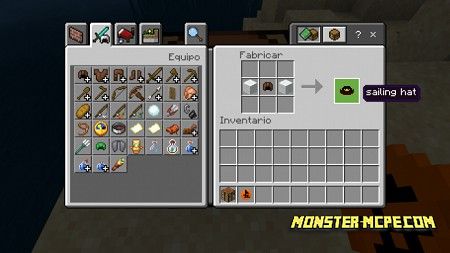 Related News:
More Tools Add-on 1.16+
Has it ever happened that you have a lot of resources in your
Hide & Seek TOWNSTRIKE Map
Do you like maps in the genre of hide and seek? If yes, then the new
Cave Enhancements Add-on 1.16+
We present to your attention a large and fairly voluminous Cave
Hide And Seek Maker Map
Do you like hide and seek games? If so, then you will definitely like
Comments (0)
Commenting