Like all cows, the mini cow loves to eat wheat. Also, players can use wheat not only to feed these animals but also to attract their attention, breed, and raise. 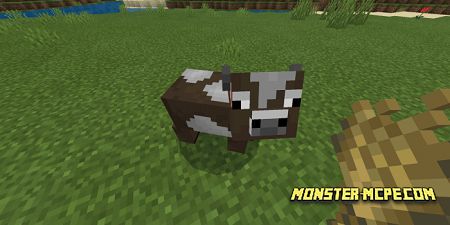 Players can ride new types of cows with ease. It's very simple, just use a saddle, interact with it, sit on it and use the aforementioned wheat. 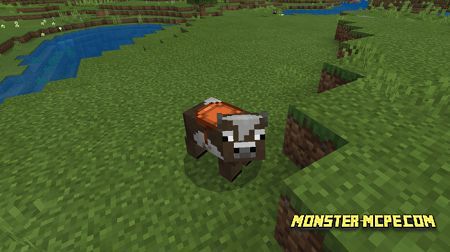 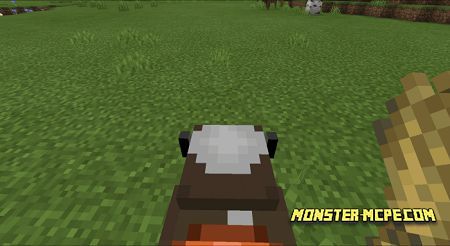 Also, players can speed up mini cows, for this use wheat and do the following:

1. For the PC version of the Minecraft game: Right mouse button;
2. For mobile devices PE: Make a hold on the screen!

The fact that a mini cow is small does not mean that she is not able to give you milk, you can milk her just like a simple cow. 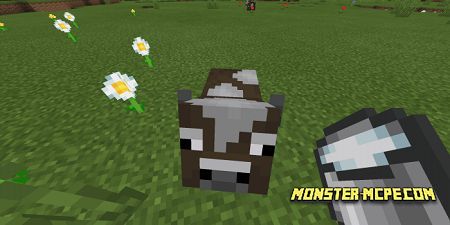