We present you with a new addon that adds two NPC mobs that can fight with each other or with other hostile creatures. This addon is just for fun. NPC characters of this addon have Dream skins. In general, two mobs will be added to the game, one of which is a simple NPC with a sword in his hands, and the second is the Boss, and will also be with a sword in his hands.

The second mob is the Boss, which has three hundred health points and can deal 5 damage to its targets. This mob is strong enough and can quickly kill you or any other creature. Keep your distance, the best way to defeat him is of course to fight at long range. After death, this mob drops a diamond sword or just diamonds, in some cases, this mob can drop both. 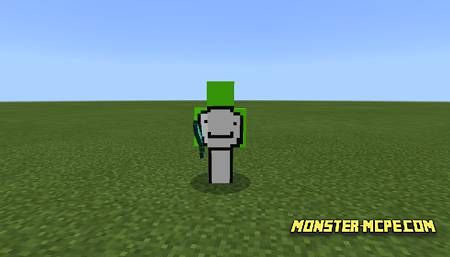 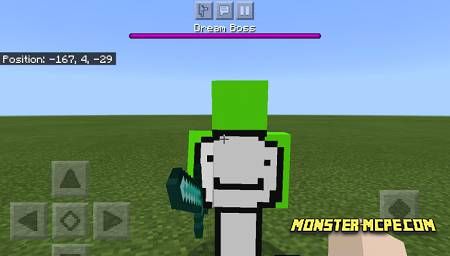 Related News:
Jurassic Addon
Jurassic Addon - this is a fairly large and voluminous addition that,
The Clone Wars Add-on 1.16/1.15+
Have you watched the famous animated series Star Wars: The Clone
World Animals Add-on 1.16/1.15+
Would you like to add more different animals to the Minecraft world?
Territory Of Heart Add-on 1.15/1.14+
A new exciting addon for those players who are tired of boring mobs
Comments (0)
Commenting