Have you ever faced hostile mobs like Illagers? Surely yes. For those who do not face them, these are hostile mobs that look like villagers, attacking players, villagers (except for the witch), wandering traders, snow golems (but only in Bedrock Edition), and iron golems. The new addon adds a new type of Illagers, namely Wandering Illagers.

This mob is passive and wherever you see him he will be with a donkey. Donkeys are companions of the Wandering Illagers. Players will be able to trade with this mob. (Please note that the trading function is not yet available at the moment, this function will be added to the game in the near future). 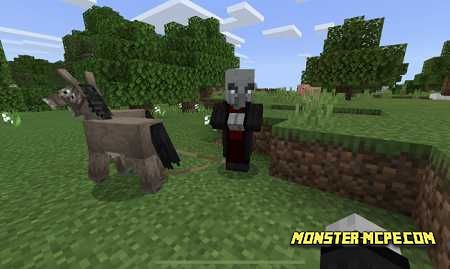 If nevertheless, you want to fight with him, he will take out his iron sword and will attack you. 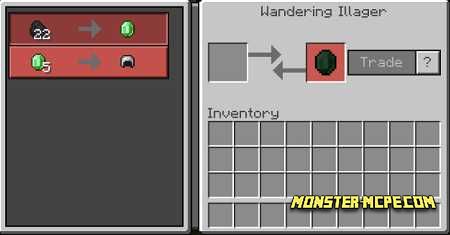 A funny feature of these mobs is that if the player calls him Steve, he will attack everyone who surrounds him (except for the donkey), even the same Wandering Illagers like himself. 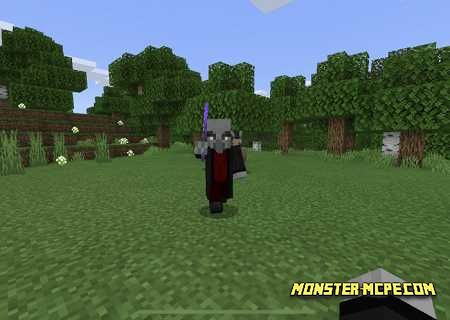 For interaction, we recommend not to approach him closer to the village, since his natural behavior remains the same, in other words, he will still attack those mobs that he has always attacked. 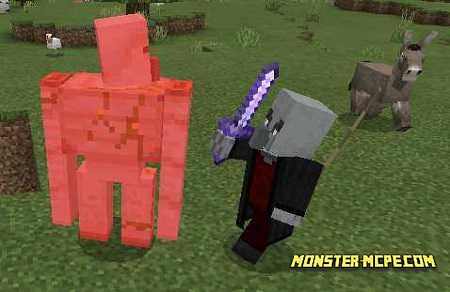 Related News:
Repairable Iron Golems Add-on 1.16/1.15+
A useful add-on for one of the biggest and most powerful defenders of
Monster Hunter (Bedrock) Addon 1.15+
We present to you a very interesting addon that adds new creatures to
Taiga Village, Outpost, Jungle, Swamp, Witch Hut and 3 Ravines
This seed will give you the opportunity to visit the stunning taiga,
Download Minecraft 1.11.0 for Android (Release)
Minecraft Pocket Edition 1.11.0 — an update of the mobile version of
Comments (0)
Commenting