Did you play team games with your friends where you had to bring the flag to your base? If so, then this game is what you need. Have fun with your friends. From 2 to 24 players can play this game. The new game is presented as an arena that is covered with trees.

There are some features of the new game, for example, a player who is on his side cannot die.

If the player was killed by the player from the opposite side, he will be sent to a temporary prison.

The waiting time in prison is 5 seconds. Also, as was previously mentioned in the arena, there are many trees behind which players can hide from their enemies.

Below on the screenshot you can see how the whole arena looks like, as well as two prisons: 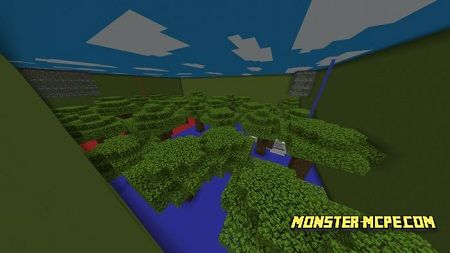 Instead of the usual flags, you need to pick up a piece of wool that will lie in the center: 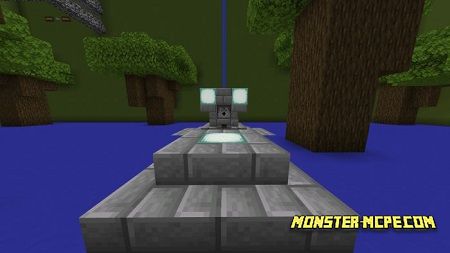 Below on the screenshot you can see the view from the prison: 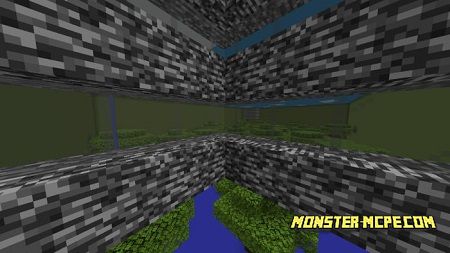 Related News:
More Tools Add-on 1.18
Has it ever happened that you have a lot of resources in your
Cave Enhancements Add-on 1.16+
We present to your attention a large and fairly voluminous Cave
MCPE But If You Touch Grass You Die Map
Players love being challenged. They always want to face challenges,
Jurassic Addon
Jurassic Addon - this is a fairly large and voluminous addition that,
Comments (0)
Commenting