We present to your attention a very exciting game for you and your friends. This is where you need to demonstrate all your survival skills. This game is called Island Disaster Survival. This is a survival map where the player must survive while trying to hide from natural disasters. In general, in the game, you will see 15 different maps, each of which will have its own natural disaster. Each surviving player, from the first to the last round, will receive 1 point. At the end of the game, you will determine which of you is the best in survival. Try to survive as best as possible and not be killed by disasters.

Below we will consider with you all the disasters and the map on which you will encounter them.

1. The sinkhole, this is the place where the player will face with blocks falling from under his feet. Try not to fall into the lava and survive as long as possible;

2. Blackhole, the place where the End portals will be;

3. Rain of lava, on this map lava, will fall like rain from the sky;

4. Wither, on this map players will meet the wither boss;

5. Quicksand, be careful as the sand will fall from the sky and as soon as the player steps on it immediately die;

6. Meteor shower, on this map instead of meteorites, TNT will fall from the sky;

7. Acid rain, try to hide as this rain can harm you, and it also destroys blocks;

8. A horde of zombies, spawn of a large number of zombies;

9. Geyser, this is the place where the player stepping on a stone block will be thrown into the air, so be careful and look under your feet;

10. Rain Creepers, as you might guess from the name, creepers will fall from the sky;

12. Fangs, this is the place where fangs will appear everywhere;

14. Oil spilled oil throughout the map will catch fire;

15. An earthquake, blocks will break due to which there will be lava. 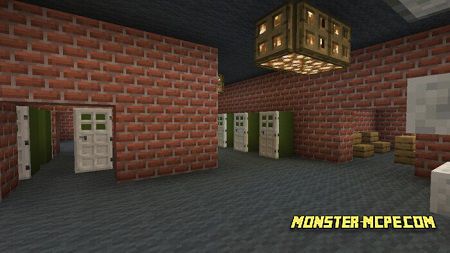 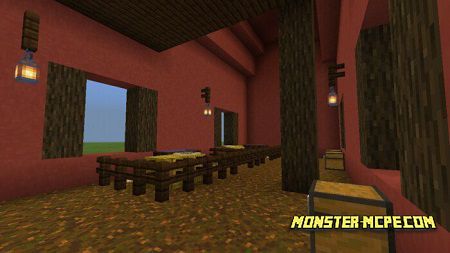 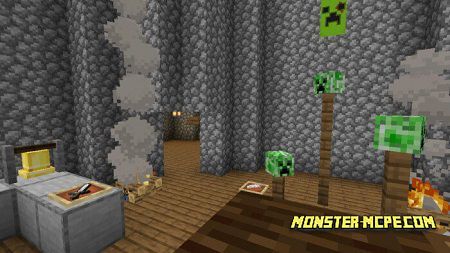