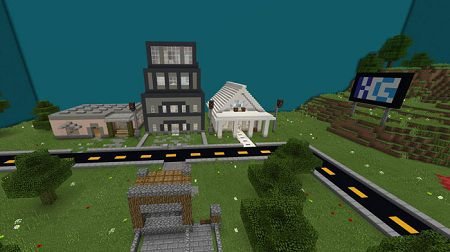 Bloxnite map is a cool PvP arena for a large number of players. This is one of the best maps for Minecraft PE. There will be quite a lot of different functional elements. For example, you will see here a traveling bus, with which you can get to the place of battle. Also on the map there is a store and a building system that generates each round of the battle. You can right now install this card and invite friends to make an unforgettable battle!

Related News:
Download Minecraft PE 2.0.0 apk free
A lot of players of PC, X-Box, PlayStation, and of course of mobile
SG Fortnite (v1) (Battle Royale) Map (PvP) (Minigame)
Fantastic opportunity to play Fortnite in MCPE. It was created by
Fortnite Battle Bus Add-on
This mod will give you opportunity to fly with help of your battle
Redstone Mechanic Addon
Increase your playing skills and get a great experience in game,
Comments (0)
Commenting