Do you like PvP and arena battles in the Minecraft world? If so, then the new PvP map is what you need. Here players have the opportunity to fight against hostile mobs trying to survive on the battlefield in the form of an arena. In order to survive, the player must kill all hostile mobs that will attack him. In order for the player to win the battles, it is necessary to survive for two minutes by killing all the hostile monsters.

Please note that players can play this PvP mini-game both alone and in multiplayer mode with their friends.

Below you can see what some places of this map look like, namely: 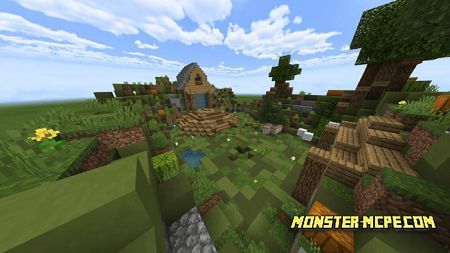 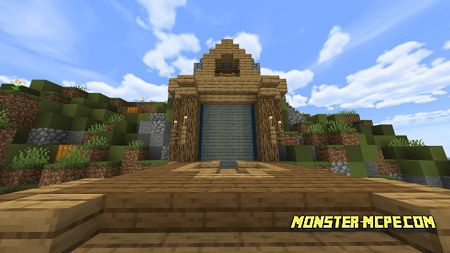 2. Portal that takes your character to the battlefield: 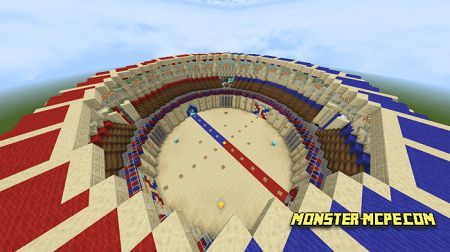 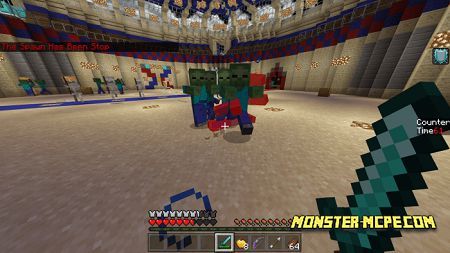 Related News:
More Tools Add-on 1.16+
Has it ever happened that you have a lot of resources in your
Golden Utilities: Transport Any Mob and Much More Add-on
Have you ever faced the problem of transporting mobs or maybe you
Cave Enhancements Add-on 1.16+
We present to your attention a large and fairly voluminous Cave
Portal Gun Add-on 1.16+
Have you used a weapon from the game Portal in the Minecraft world
Comments (0)
Commenting