Do you have little experience and often lose in the game on such maps for PvP as skywars or bedwars? If so, then the new map will solve this problem. More precisely, not specifically the map, but your skills whatever they are. The new map will allow you to change your attitude towards these types of mini-games, as it will give you the opportunity to get more practical skills, which will subsequently give you a good experience for further victories.

If you have little experience or you have not practiced such a map very often and want to change it, then a new map is definitely what you need.

The new map allows players to practice and develop skills in building bridges and, as a result, survival. Here you can practice such maps with your friends until you get enough skills to fight with other players. Fight against your friends in multiplayer mode, or play and learn to win in a single player.

As soon as you start your PvP map survival training as skywars or bedwars, you will be spawned in a special place that is the spawn point. In front of him, the player will see four buttons, where the first button is a PvP map of skywars for two players, namely you and your friend.

But we draw your attention to the fact that more than two players can also play here, the last survivor in this battle must jump down from the island to get into a special hub. 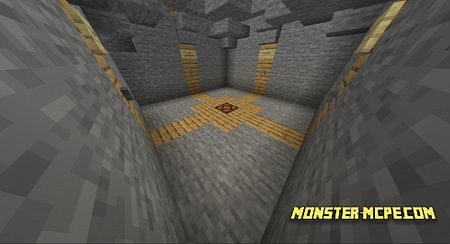 The second button allows players to restart the map, it can be used if one of the players is stuck somewhere or has a lot of different elements.

The third button gives players everything they need to start the game, namely, it gives a starter kit that consists of weapons and armor for PvP battles in the Skywar map. 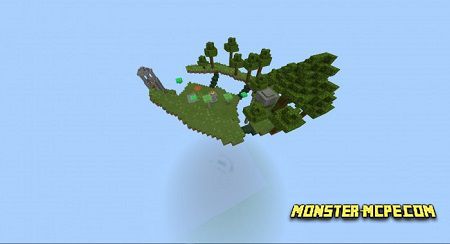 We draw your attention to the fact that players just need to press ONCE on the button number three in order for that, in turn, to give each player a set of armor and weapons.

And the last fourth button allows players to be transported to a special area where players have to go through an abyss of lava from one end of the map to the other. The length of the lava abyss consists of twenty blocks. As soon as the player reaches the second end of the map, namely from one platform to another, he will be automatically teleported back, this allows players to pay more attention to building bridges. 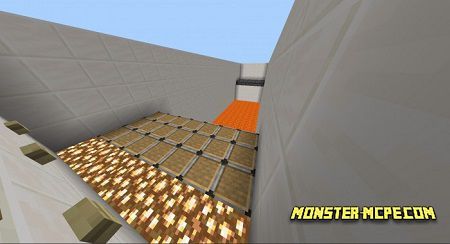 There are also three additional buttons here, one of which gives the player a block of stone, the second button will reset all blocks that were previously placed and the last third button will return you to the place of spawn.

Related News:
More Tools Add-on 1.16+
Has it ever happened that you have a lot of resources in your
Cave Enhancements Add-on 1.16+
We present to your attention a large and fairly voluminous Cave
Arena PVP + Bridging Practice Map
You like PvP maps but have little experience... This is not a
Medieval BedWars Map
Have you ever played a game mode like BedWars before? If not then
Comments (0)
Commenting