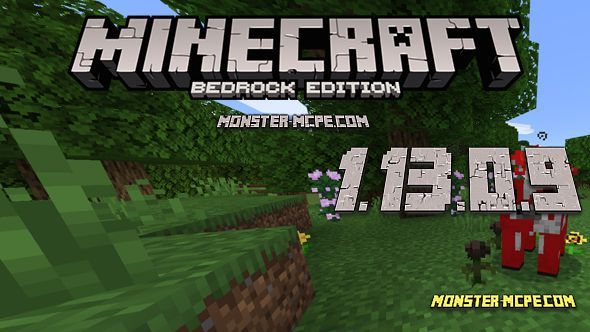 We are glad to present you a new update for the pocket edition. The developers from Mojang have not released such a large number of updates for a long time, given that they are all small. The new version of Minecraft 1.13.0.9 adds a whole list of innovations: Wither Rose, Suspicious Stew, the Light Blocks, new sounds and much more!

One of the important changes associated with the interior: from now on, the player can set the frame on the top or bottom of the block. This gives the player the opportunity to add something new to the design of the houses. Many players have been waiting for this, now it is available and you can decorate your home. 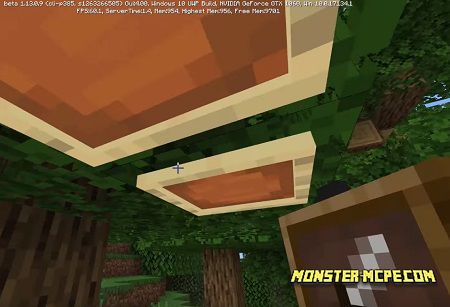 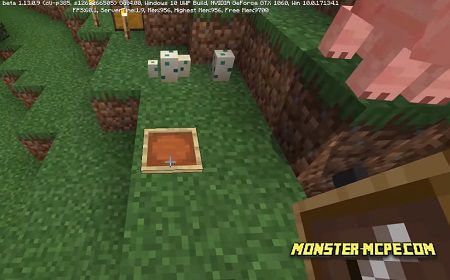 As you know, the sound from the Music block depends on which block it is located on. Not all blocks change the sound, and in this update, sounds were added for the blocks from the list:

In addition, we want to show you screenshots of the skin editor straight from Minecraft Bedrock. This editor was found by the Twitter user in the files of the game client, so it is possible that very soon it will become a public function. Several new items and mobs have been added to the new version of the game. Many players have already noticed that Pocket Edition is becoming more and more like the PC version of Minecraft. Let's look at the full list:

— The Brown Mooshroom, when struck by lightning, appears from red;
— Suspicious Stew Imposes on the player the effect, depending on the ingredients in the craft;
— Wither Rose (Wither all around);
— The light bulb was created for map makers. The player can adjust the glow level from 0 to 15.

Fixed bug with displaying the character in the game. Previously, the character looked like he was more than 2 blocks in height. The character display is set, the correct height is 1.8 blocks.

Here is a shortlist of other interesting changes to the game:

— Octopus spawn in the rivers;
— Fixed some instances of skin selections not saving and reverting to Steve or Alex;
— The existence of two Edge Dragons in the Ender world is excluded;
— Added Celebration in the village after defeating the Raid;
— Added Dead Corals;
— After the final battle with the Edge Dragon, the credits are added to the game;
— Villagers can heal if they have bread in their sleeves;
— The info at the top of the global resource pack screen will now fit correctly when using various language settings;
— Fixed 133 in-game errors.