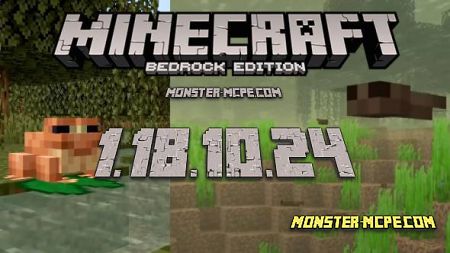 The developers have released a test version of Minecraft 1.18.10.24 on Android. In this update they added Frogs, Tadpoles, fixed 13 bugs and made 9 technical changes.

Frog
New swamp mob. Features:
Spawns in the Swamps.
Hops high, walks on land and croaks
Lures in and spawns with Seagrass
Lays eggs after reproduction
Tadpoles hatch from the eggs.
There are three kinds: white, green and brown
Eats small slugs.
It produces slime. 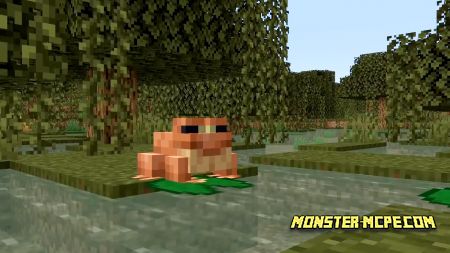 Tadpole
Newborn Frog. Characteristics:
Lives in water
Twitches on land like a fish and dies after a few seconds
Grows into a Frog
Type depends on the biome
Can be caught in a bucket 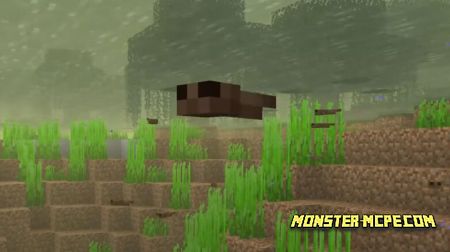 Fixed 13 bugs.
Removed particles when getting the "Bad Omen" effect from the Bandit Captain
Screen goes dark again when falling asleep
Minecraft squat animation is smoother now
Villager makes "No" sound when there are no goods
Ender Dragon does not disappear when he dies
Fixed crashes near Villages
Fixed glitches when using Armor in inventory
Names of items do not cover the Armor stripe
Added Globe Banner Pattern for Bedrock and Java equality
The /kill command kills creatures with the Absorption effect
The /replaceitem command works correctly on the Donkey or Mule Chest

Related News:
Tools and Armor Add-on 1.17+
You can never have too much armor and tools.
SpongeBob and Gary Add-on
Perhaps there isn't a person who has never heard of SpongeBob. It's a
Golden Utilities: Transport Any Mob and Much More Add-on
Have you ever faced the problem of transporting mobs or maybe you
More Tools Add-on 1.16+
Has it ever happened that you have a lot of resources in your
Comments (0)
Commenting