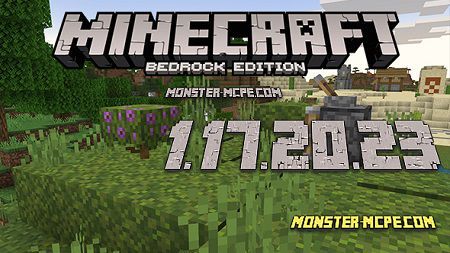 A couple of days ago, the Mojang developers have released a new test version of Minecraft Bedrock 1.17.20.23 for each user of the Android devices and operating system of Android. In the new update, the Mojang has made five new changes, fixed a little over twenty bugs, and added eight innovations that relate to the technical part of the game. Let's check below all the new features of this update.

As it was stated before, Mojang added five new gameplay changes:

1. Now projectiles in the distance will move smoother;
2. Powder snow above such mobs as Zombies, Skeleton and some other types of undead creatures prevents burning;
3. Now the lightning will not hit the mobs under the blocks in a random way;
4. Blocks of moss and mossy cover will break when moved by the Piston. Please note that the sticky piston does not pull them;
5. We also added an animation of returning the item when deselecting a recipe. 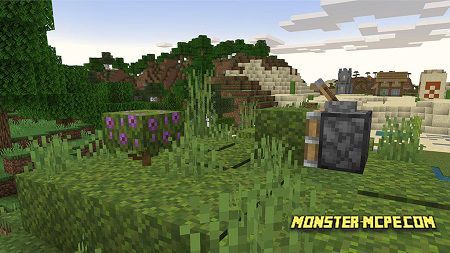 As was mentioned above, the new version of the game also fixes a little over twenty new bugs. Below you may check the list of bug fixes in our opinion:

1. Were fixed numerous crashes during the gameplay;
2. Fixed insertion of large text into Books;
3. Fixed bugs with crafting the Workbench when displaying tips;
4. The display of Beds and Chests blocks in different lighting conditions has been fixed;
5. Now players will not be damaged from falling when passing through the End Portal;
6. The bug with the Shield on the maps from the Marketplace has been fixed;
7. Players can now manually place potions in a device called the Brewing Stand;
8. A bug related to the burning of mobs such as undead creatures near powder snow has been fixed;
9. Now shulkers will not spawn in one place in any city of the End or when using spawn eggs;
10. Now mobs will find the right way on the blocks of amethyst;
11. A bug related to the invisibility of Horses has been fixed. This bug occurred when the player got off the horse;
12. Now mountain goats do not lose their horns when reloading the world;
13. Dripping water from Pointed Dripstone does not increase the number of the potion in the Cauldron;
14. Slight slowdown of the player from Honey and Slime blocks has been fixed;
15. Fixed bugs related to the use of the user interface;
16. And the last one is a bug fix related to the pop-up message when using the / structure command.

The latest changes concern the technical part of the game

The developers of the studio Mojanghave added eight technical changes for addon developers and Minecraft gameplay testing. Among these fixes, the most interesting:

- Custom blocks can be added to your creativity inventory!

You can check all this and much more in your Minecraft world. The new update is already available for all minecraft pe apk!