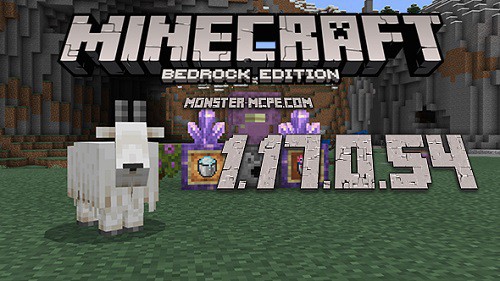 Just a few hours ago, the Mojang developers presented to the players and all fans of the Minecraft world a new test version of Minecraft PE 1.17.0.54! Mojang developers have released a new beta version of Minecraft Pocket Edition 1.17.0.54 which is already available to all users of Android operating systems. The new change has over thirty new changes for the Caves & Cliffs update, and also removed support for 32-bit processors.

All this and much more in the new update for Minecraft PE 1.17.0.54. Let's take a closer look at all the changes and fixes in the Minecraft world below.

The already well-known and insidious Powder Snow block has received new changes! Six new changes have been added to the game, as well as some interesting features. 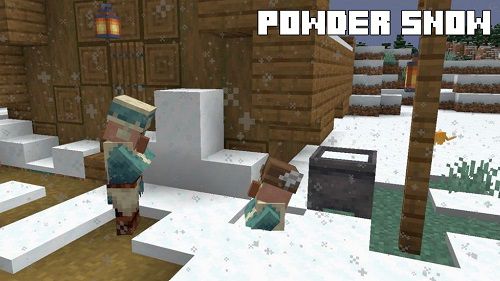 Also, both Caves and Cliffs in the Minecraft world received new changes. Seven new changes have been added to the game that relates to cliffs and caves. The system of generating mountains and caves continues to change further.

Below you can see the list of new changes for both Caves and Cliffs: 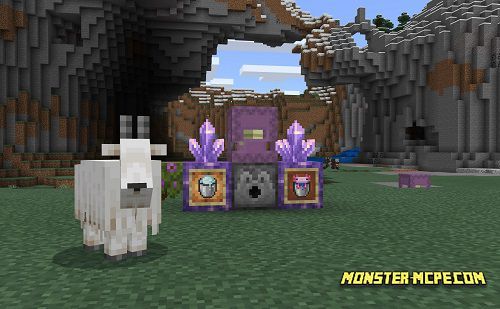 In addition to the above changes in the game, the Mojang developers have added twenty-three more changes to the Minecraft Cave Update. You can see the list of major changes below:

1. Stronghold will be better hidden in large caves;
2. Axolotls no longer move, pretending to be dead;
3. Axolotl no longer pretends to be dead on land;
4. Fixed the process of obtaining Flowering Azalea using Silk Touch;
5. Spore Blossom can no longer survive in the water;
6. Normal and Glow Squid can now make sounds when emitting ink from themselves;
7. The work of the Spyglass has been fixed;
8. Piglins now love Raw gold and Raw gold block;
9. Now falling blocks break when landing on Shulker;
10. The / kick command has been fixed.

Technical changes specifically for add-on developers were also added to the game, as well as changes related to the GameTest Framework.

Attention: Please note that this version does not support 32-bit processors. Now there is only support for x64 and x86. In other words, some phones have stopped supporting the game!

We hasten to reassure you, this problem should be fixed in the next update or release. A sufficiently large number of mobile devices are not supported at the moment!